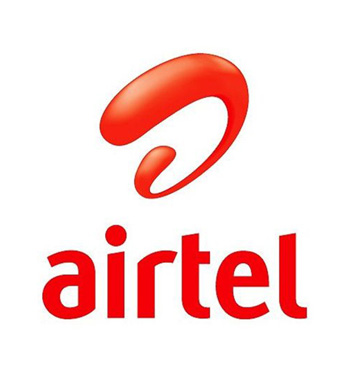 Mr. Ogunsanya, who is currently leading Airtel’s operations in Nigeria and Ghana, with responsibility for accelerated growth and overall profitability across the two West Africa cluster countries, was honoured at a colourful ceremony, last weekend, at Kempinski Hotel, Accra, Ghana.

According to a citation by Akin Naphtal, CEO of Instinct Wave, the event organisers said: “The award is bestowed on Mr. Segun Ogunsanya in recognition of his outstanding acts, commitment, achievements and leadership that exemplify and support Airtel’s commercial success despite economic challenges and his phenomenal contributions to the community

“Over the years that he has been at the helm of affairs at Airtel Nigeria, he has provided high-value programs and strategic initiatives that have supported the growth of the business and made Airtel a model telecommunications company.

In his response, Mr. Ogunsanya thanked the organizers for the recognition, stating that the award is a glowing testimony to the hard work, commitment and passion of his team members in Nigeria and Ghana just as he commended telecoms consumers in West Africa for their continuing trust, loyalty, patronage and preference for the Airtel network.

The Africa Telecom and Information Technology Awards, which is now in its second year, had eligible organizations and individuals compete for prestigious prizes.

The awards’ organizers also named Airtel Ghana as the Telecoms Business of the Year and Most Innovative Use of Social Media award winner.

Mr. Ogunsanya joined Airtel Nigeria in 2012 and he has repositioned the company to become profitable and the 2nd largest telecommunications company by revenue, serving over 36 million customers.

In February 2016, he was elevated and appointed Chief Executive Officer and Managing Director for Airtel’s operations in Nigeria and Ghana, with responsibility for accelerated growth and overall profitability across the two West Africa cluster countries.

Mr. Ogunsanya joined Airtel from The Coca-Cola Company, where he started his career in Finance and gradually transitioned into senior leadership roles with the various bottling operations of The Coca-Cola Company across diverse markets and countries in Africa. He was Chief Executive Officer for Coca-Cola Bottling Company of Ghana for about nine years. In his last stint as the Managing Director and CEO of Coca-Cola Hellenic Bottling Company in Nigeria, the first African to be appointed, he was responsible for over $1bn revenue operations annually.

He was also the CEO of the Kenya operations for Coca-Cola Sabco, where he was instrumental in successfully turning around the business. Prior to this, he worked with Ecobank Transnational where, as the Managing Director of Retail Banking for Africa, he was responsible for the operations across 28 countries.

Apart from manufacturing and banking, Mr. Ogunsanya has consulting experience having worked with Arthur Anderson & Co in Nigeria where he was involved in Audit, Tax Advisory, setting up new businesses and profit improvement services.

Egypt pledges a number of initiatives to boost investment, integration and...