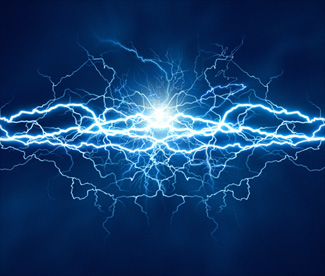 The purpose of the meeting was to discuss the impact of the outage, lesson learned, preventive measures, and the state of the national infrastructure

In addition to the Minister of MPTT, His Excellency Abdi Ashur Hassan and the State Minister, His Excellency Abdullahi Bile Nur, the particpants of the meeting included the Chairman of the Telecommunication Committee of the House of the People, Hon. Khalid Maow, various industry stakeholders, representatives from universities and research institutions, and members of the media.

In their opening remarks, the Minister, State Minister and the Chairman of Telecommunication Committee of the House of the People all underscored the importance of Information and Communications to Technologies to the national economy and the lives of the people. They pointed out that the outage has shown the vulnerability of the country’s connectivity to the rest of world and the reality that the Internet is a basic service. They called on the service providers to increase the resiliency of their networks and invest more in the expansion and extension of Internet access to consumers.

The CEO of Dalkom, Mr. Mohamed Ahmed Jama spoke about the cause of the outage, Dalkom’s efforts in restoring it, and the history and the challenges his company faced in bringing submarine cable to Somalia. He mentioned that Dalkom is commissioning a new satellite service that would provide restoration and backup capacity for the submarine cable. He also talked about the various potential options for bringing additional submarine cable or cables to Somalia.

Many of the participants spoke about the huge impact of the outage on the national economy and the lives and livelihoods of the public, strengthening the relationship between the Ministry and industry, and the important role of the Government to provide policy and regulatory guidance.

Finally, there was a general consensus that the Government should provide leadership in increasing the resiliency of the existing communication infrastructures, promote addition of extra international capacity, and encourage the build out of broadband national backbone network that extends submarine cable bandwidth to the interior of the country. The service providers acknowledged they need to cooperate more and pool investment capital to invest in major projects, which might be cost prohibitive for single provider.

His Excellency Abdi Ashur Hassan reminded the participants in his closing remarks to support the Communication Law which when enacted protect consumers and investors while creating conducive environment for more investment and growth in the sector.