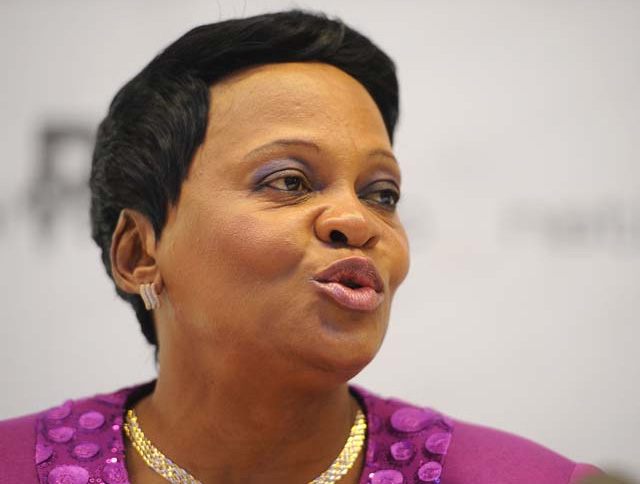 Minister Mokonyane made the remarks during a Women’s Consultative Workshop on the National Water and Sanitation Master Plan, held recently at Emperors Palace in Kempton Park.

The consultative workshop was aimed at soliciting inputs into the National Water and Sanitation Plan, so that women’s perspective meaningfully informs how water and sanitation services are delivered in the country.

The main aim of the Master Plan is to provide an overall perspective of the scope of water and sanitation in the country, provide an estimate on the investment required to ensure effective water resources and water and sanitation services delivery, and facilitate effective integrated investment planning, the coordinated implementation of actions and the evaluation of achievements.

Minister Mokonyane said it is vital that the Master Plan is developed collectively by all key players and service delivery authorities in the water and sanitation sectors, and that it enjoys their full support, acceptance and agreement.

“By coming together here to input into the Master Plan, we recognise that we are able to work together as a team where if we do not combine our core competencies, we will always perform at the average level because none of us can ever be best at everything,” Minister Mokonyane said.

She said the issue of water security for the country has far reaching consequences across the entire economy, affecting growth and development of all sectors.

“In the context of the Master Plan, water touches on many facets, including identifying future water sources for our growing population and the attendant future water development options, as well as the operation and maintenance of water and sanitation infrastructure,” the Minister said.

She said she would like to see all sectors at municipal, district and provincial level connecting with the Master Plan.

Meanwhile, the Deputy Minister of Water and Sanitation, Pamela Tshwane, has handed over a state-of-the-art media classroom to Injongo Primary School in Khayelitsha, Western Cape.

The media classroom was sponsored by the MTN Foundation, after the school came number one in the music category, as well as position two in the drama category during Baswa Le Meetse (Youth in Water) Awards held in June 2016.

The Baswa le Meetse Awards are aimed at recognising the role of learners in awareness campaigns related to water and sanitation.

The competition promotes health and hygiene, stimulates the interest of youth in water-related careers, and promotes cultural diversity.

Through this project, Grade 6 learners convey health and hygiene messages through arts media such as drama, music, poetry, praise singing and posters under the identified theme.

The R580 000 media classroom is equipped with 21 computers and an inter-active board that will be utilised for school projects.