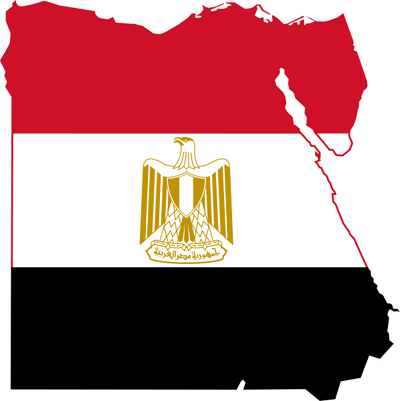 “The Egyptian authorities have embarked on an ambitious reform program and have taken decisive measures aimed at restoring macroeconomic stability and sustainable public finances. At the same time, by strengthening social protection measures, they have sought to protect the most vulnerable. We have seen that economic activity has been gathering strength and efforts at reining in the budget deficit have begun to bear fruit. With the liberalization of the foreign exchange market, foreign currency shortages have disappeared. Looking ahead through the end of this year and into next year, the policy mix is also supportive of a decline in inflation from the high levels in the summer,” said Subir Lall, the head of the team dealing with Egypt at the IMF.

Egypt launched a reform program when its economy faced rising imbalances that led to high public debt, a widening current account deficit, and declining official reserves. To support the home-grown reforms, the government embarked in November 2016 on an IMF-supported program to restore the stability of its finances, promote growth and employment, while shielding the poor from the adverse effects of the changes.

Looking ahead through the end of this year and into next year, the policy mix is also supportive of a decline in inflation from the high levels in the summer
Here is a stocktaking of what the government has achieved since the start of the work.

Flexible exchange rate regime: With the floating of the Egyptian pound, the foreign exchange market normalized, and the parallel market for foreign currency disappeared. The focus of monetary policy is to bring down inflation, which reached more than 30 percent since April, mainly due to the sharp depreciation of the pound and the impact of energy and tax reforms.

Reducing the budget deficit: The government implemented a value-added tax (VAT) as part of its reform program which aims to increase tax revenues sustainably. The government also took steps to reform expenditures, including notably energy subsidies. Resources from the higher VAT and more efficient spending will slow the accumulation of public debt, which had been rising rapidly.

Energy subsidy reform: The government has taken bold steps to reduce energy subsidies which benefit mostly the rich, and also skew production to energy-intensive industries. The government reallocated part of the resources to social spending, including on health and education, and for targeted cash transfers.

The inclusion of women and youth is critical to share the benefits of growth more broadly: The government has taken measures to increase employment and labor force participation for women and youth. It has allocated budget resources to increase access to and the quality of public nurseries to help women join the labor force. It is also planning to improve the safety of public transportation. The government has also implemented specialized training programs and job search schemes for youth.

Higher growth through wide-ranging structural reforms: The parliament approved several measures to improve the business climate such as less red tape in industrial licensing, and easier access to financing for small and medium-sized enterprises. These measures should create more new jobs and help alleviate unemployment, which is particularly concentrated among women and young people.
The way forward

Building on the ongoing reform efforts and the restoration of confidence, Egypt has the opportunity to transition to a higher growth trajectory, and increase prosperity for all, by locking in the gains from macroeconomic stabilization and harnessing its full growth potential.