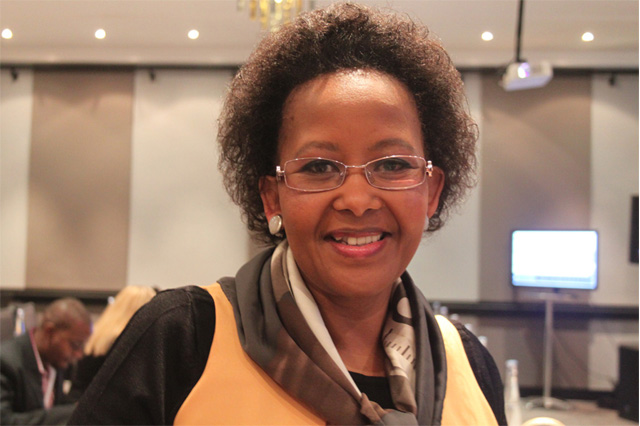 Tourism Minister Tokozile Xasa on Tuesday said the South African tourism sector had contributed greatly toward moving the country out of a recession.

“Tourism is a significant and critical sector in our economy as it contributes positively to the trade balance through foreign exchange receipts, sustains 700 000 direct jobs and is performing stronger than the other growth sectors,” the Minister said.

Earlier this month Statistics South Africa (Stats SA) released GDP data that showed that the economy grew by 2.5% quarter on quarter in the second quarter. The growth means that the country has exited a technical recession.

Delivering a public lecture at the University of Mpumalanga on “Sustainable Tourism and Cultural Heritage – Important Tools for Socio-economic Development and Radical Transformation”, the Minister said globally, the country had recorded its 7th year of sustained growth despite the economic slow-down.

Minister Xasa said tourism was one of the biggest foreign exchange earners in the South African economy.

“Sustainability of the industry rests on a strong domestic tourism consumption as it addresses challenges such as seasonality and geographic spread.”

Minister Xasa told the guests attending the public lecture that South Africa received over 10 million international tourists in 2016, which was an increase of about 13% compared to 2015.

“Whilst we celebrate these achievements, we must strengthen our efforts in growing the domestic tourism contribution,” she said.

The Minister explained that only sustainable tourism practices will see the country realising growth prospects as the country implements the next phase of the National Tourism Sector Strategy towards 2026.

Minister Xasa said radical economic transformation reinforces the call made by the World Economic Forum Africa that Africa’s economies should consider diversifying from commodities to services such as tourism in light of the challenges facing traditional industries.

A student at the University of Mpumalanga, Sphamandla Zwane, told SAnews that the Minister’s public lecture had helped him understand the importance of the tourism sector in the economy. “The tourism sector plays a major role in reducing unemployment in our communities,” he said.

Another student, Sizakele Mkhize, said when tourists spend money in the country, such as when they buy art from the local sculptors, this brought money into the country.

The public lecture was attended by, among others, representatives from SANParks, the tourism sector partners, government officials and students from the University of Mpumalanga.

The Department of Tourism, in conjunction with the Department of Economic Development and Tourism (DEDT) and its marketing agency Mpumalanga Tourism and Parks Agency (MTPA), will host the World Tourism Day celebrations at the University of Mpumalanga on Wednesday.

The day will be dedicated to exploring the contribution of tourism to the sustainable development goals (SDGs).

World Tourism Day (WTD) is an annual United Nations World Tourism Organisation (UNWTO) event that is celebrated on the 27th of September throughout the world.