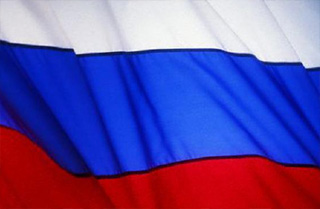 South African companies will embark on a mission to woo Russian investors with their products and services.

The Department of Trade and Industry (dti) will lead a business delegation on the 10th Investment and Trade Initiative (ITI) to Russia to be held in Novosibirsk from 24-26 October 2017.

Trade and Industry Minister Rob Davies said the objective of the ITI is to develop and build on relationships that were established with previous visits by both countries and to expose and showcase South African value-added products and services to the Russian market.

“Additionally, the initiative also seeks to follow up and capitalise on the potential collaboration on the proposed BRICS projects. This opportunity will also be a step further in creating market penetration for South African value-added products and services in Russia, and to promote South Africa as a trade and investment destination. The immediate opportunities for South African supplies will be in the increase of exports of fresh produce to Russia,” said Minister Davies.

He added that with an already established export base of over R3.4 billion a year for fresh fruits, especially citrus, there is a vast opportunity to expand to fresh vegetables through the existing export network.

“This ITI will also provide an opportunity for South African companies to identify new areas of collaboration in various sectors, particularly in the area of investment,” said Minister Davies.

The Minister said there is an increased demand of South African wines in Russia. During last year’s ITI to Moscow, export sales of R1.5 million were generated six months after the event, a large percentage attributed to wine exports.

The dti said more South African wines are expected to find their way to Russia after a visit to Cape Town last week by Russian wine importer Andre Kuzmin who is the Chief Executive Officer of a leading Russian wine buying company, Marine Express.

Kuzmin, who came to South Africa at the invitation of the Deputy Minister Bulelani Magwanishe, met with a group of black wine producers with the aim of eventually importing their products.

The ITI will include targeted business-to-business meetings, site visits, as well as investment and export-related round-table discussions with a particular focus on sectors where South Africa has comparative and competitive advantages.