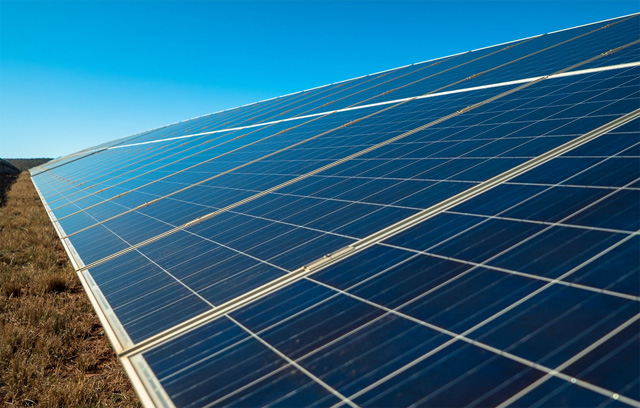 The integrated system carries the entire daytime electricity load and prioritises solar PV energy generation, which is supported by an 828 kilo Watt hours (kWh) battery storage – enabling the use solar energy on cloudy days and at night.

“Today is the celebration of the exposition that reinforces a shared vision for the future of tourism.

“This project is the first step in a longer term initiative of greening the island and discussions are already underway with the management of Robben Island Museum on the implementation of a range of additional energy efficiency projects,” she said.

The Minister said the project now means that Robben Island – once a prison to the late former President and struggle icon Nelson Mandela, along with other Rivonia trialists and other political prisoners – practices sustainable tourism.

Robben Island was selected as one of the eight government-owned attractions in the pilot initiative to retrofit tourism facilities with solar photovoltaic (PV) energy generating systems.

The other seven sites include the Hantam, Karoo Desert, Free State National Botanical Gardens, the Skukuza and Lower Sabie rest camps as well as the Tshokwane and Nkuhlu picnic sites in Kruger National Park.

The launch of the solar mini-grid was a “first of its kind” on an island, said the Minister, adding that it would reduce the island’s carbon footprint by cutting the reliance on a diesel generating system.

The renewable energy system also means that the Robben Island Museum will not only become a more competitive and sustainable tourism attraction, but will also save a significant amount in operational costs.

“It is estimated that the system will reduce the use of diesel generators by almost 45 percent, which means that the annual diesel usage will drop from around 619 000 litres to 344 000 litres, saving the Island about 275 000 litres of diesel per annum.

The Minister used the occasion to launch the opening of the first applications window for 2017 Green Tourism Incentive Programme (GTIP).

The programme, which is run by the department, was developed in collaboration with the Industrial Development Corporation (IDC) to drive the implementation of responsible tourism practices and also reduce the cost of doing business for small tourism enterprises.

“This sharp focus is but among some of the activities that truly showcase the government’s approach to the empowerment of women and young people. We therefore encourage women cooperatives, youth cooperatives and small enterprise firms to participate in the GTIP processes.”