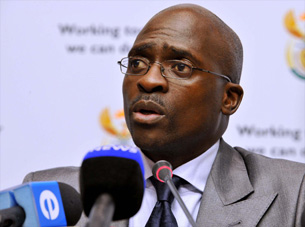 Higher education will continue to be placed at the centre of government’s transformation agenda, Finance Minister Malusi Gigaba said on Wednesday.

“The student movement has correctly put the issue of higher education at the centre of our transformation agenda. We cannot hope to grow and develop without the skills and intellectual capabilities that our universities and technical training colleges produce,” said Minister Gigaba in Parliament.

“The sector’s budget is the fastest growing element of expenditure over the medium term, rising from R77 billion this year to R97 billion in 2020/21. This includes the provision of financial assistance to subsidize the education of more than 450 000 students every year.”

Minister Gigaba said it is clear that more still needs to be done.

In August, the Heher Commission of Inquiry into Higher Education and Training delivered its final report to President Jacob Zuma.

“We await the President’s determination and announcement in this regard. Although the fiscal constraints we face are real and binding, we must make every effort to ensure that no academically deserving student is excluded due to financial constraints. Further announcements will be made in the 2018 Budget,” said the Minister.

In 2016, the National Student Financial Aid Scheme (NSFAS) provided financial assistance to 225 950 university students, whose family income was below R122 000 per year. This amounts to about 30% of university undergraduates.

In general, NSFAS loans and bursaries are only able to cover a portion of the full cost, given the many students requesting aid. Tuition fees account for about 35% of the full cost of study, which includes lodging, food and textbooks.

The MTBPS document noted that if NSFAS were to cover the full cost of study for the 30% of undergraduates who currently qualify, the scheme would require about R10.7 billion in the 2018 academic year, in addition to the R11.4 billion currently available.

“Proposals have been made to extend the provision of financial aid to students from middle-income households. Estimates of the number of students falling within this threshold are unreliable. Government is working with universities to verify the data,” noted the document.

When coming to spending priorities, government will continue to protect spending on core social programmes that benefit poor South Africans.

The MTBPS document stated that expanding student accommodation is a priority, and that the Department of Higher Education and Training is refining a proposal to provide 300 000 new beds at public universities and TVET colleges by 2026.

When coming to infrastructure investment, the Minister said the estimated infrastructure expenditure of R948 billion over the MTEF constitutes some 5.9% of Gross Domestic Product (GDP) over the same period.

Minister Gigaba said the lion’s share of economic infrastructure is provided by State-owned Companies (SOCs), which are projected to spend R402.9 billion over the medium term expenditure framework (MTEF).

The education sector is expected to spend R44 billion on building new schools and refurbishing existing schools, libraries and laboratories.

Municipal spending is projected to come in at R197 billion, while the provinces are anticipated to spend R208 billion.

“Cabinet has approved a budget facility for infrastructure, which aims to overcome shortcomings in planning and execution of large infrastructure projects. It has begun considering proposals in, among others, water, rail development, broadband, magistrate and high court construction and refurbishment,” said Minister Gigaba.

The budget will continue to fund the normal operations of the departments within the Justice, Crime Prevention and Security Cluster, giving effect to a priority of the Mandate Paper – the integrated operational plan to fight crime.

“However, this cluster needs to manage pressures arising from employee compensation budgets. This will require reconsideration of recruitment strategies, as well as the composition and suitability of existing staff complements,” said Minister Gigaba.

In addition, the new Mpumalanga High Court will open in 2018.