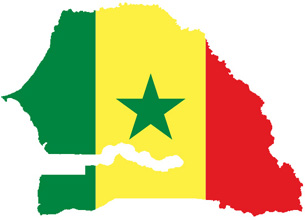 “It is encouraging to see that relations between our two countries are getting stronger. However, we need to work together to improve economic cooperation for the mutual benefit of our countries and peoples,” said President Zuma when welcoming President Sall.

Total trade between South Africa and Senegal had reached R1.8 billion by the end of December 2017. Trade between the two countries takes place mainly in machinery, vehicles, plastics and chemical products.

“While we welcome the growth, it is important to add that this trade pattern does not reflect the excellent political relations that our two countries enjoy. It is my sincere hope that this forum has set in motion the work that needs to be done to make our bilateral trade more equitable,” said President Zuma.

The forum was held under the theme ‘Increasing Trade and Investment between South Africa and Senegal’, which correctly captured its strategic intent.

The Business Forum was preceded by the Joint Commission for Bilateral Co-operation (JCBC), which took place on Friday, 20 October 2017.

The JCBC serves as a framework to enhance cooperation and efforts are focussed on increasing trade and investment with emphasis on the economic, commercial, scientific and technological fields.

President Zuma encouraged officials to speedily conclude the terms of reference, which will pave the way for the launch of the Joint Trade and Investment Committee (JTIC). This committee will preside over and also implement programmes that are aimed at the facilitation of technical, industrial and investment cooperation.

“If both the private sector and government, through State-owned enterprises, begin trading more intentionally with each other, then we would be making progress towards realising Africa’s ambition of growing and developing through regional integration. Our efforts to boost intra-Africa trade must be more deliberate,” said President Zuma.

The Department of Trade and Industry has formed a unit called Trade Invest Africa, which is mandated to facilitate the import of African value-added manufactured products into South Africa. This is a deliberate step to boost intra-African trade and invest.

It is anticipated that through Trade Invest Africa, the number of South African companies that invest in Senegal will increase because of the access to capital as well as access to markets and contracts.

Companies trading and investing in South Africa and Senegal

The Standard Bank Group, Black Rhino and Kumba Resources were given the thumbs up as South African companies making a significant contribution, with R3 billion of capital expenditure invested.

Over 1 000 employment opportunities have been created through these companies across wide-ranging sectors such as financial services, transportation and mining. The development finance institutions of South Africa have also contributed funding and capital to Senegal.

An example of these investments is the construction of the new Blaise Diagne International Airport, which has been co-funded by the Industrial Development Cooperation with six other funders at an estimated amount of R564 million.

South Africa also wants to take advantage of a range of other opportunities for investment in sectors such as agriculture and agro-processing, infrastructure, which includes rail, ports, roads, airports, pipelines, mining, energy and tourism.

South African State-owned enterprises and other development finance institutions such as the Industrial Development Corporation, Development Bank of Southern Africa and Export Credit Insurance Corporation also want a piece of the pie and have expressed a keen interest in participating in both industry and infrastructure projects for the benefit of the two countries.

“We must put action behind our words, so that our efforts can turn our trade, investment and economic dreams into a reality in our lifetime,” said President Zuma.

Orange selects ENGIE for the operation and maintenance of one of...