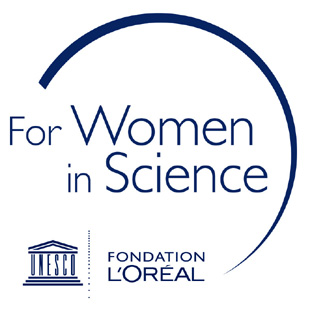 Since 1998, the L’Oréal Corporate Foundation and UNESCO have been committed to women in science and to increasing the number of women working in scientific research.

The 2017 edition of the L’Oréal-UNESCO For Women in Science Sub-Saharan Africa ceremony celebrated 14 young female scientists. As part of the programme launched in 2010, female scientists from across Sub-Saharan Africa were honoured for their work and impact in the scientific field. Their fields of research vary across different disciplines and address key global issues.

Since 1998, the L’Oréal Corporate Foundation and UNESCO (en.UNESCO.org) have been committed to women in science and to increasing the number of women working in scientific research. 150 years after Marie Curie’s birth, still only 28%* of researchers are women and only 3% of Scientific Nobel Prizes are awarded to them. That is why, for the past 19 years, the L’Oréal-UNESCO For Women in Science programme has worked to honour and accompany women researchers at key moments in their careers. Since the programme began, it has supported more than 2,700 young women from 115 countries and celebrated 97 Laureates, at the peak of their careers, including professors Elizabeth H. Blackburn and Ada Yonath, who went on to win a Nobel Prize.

Sandeep Rai, Managing Director, L’Oréal South Africa highlighted the power of these women scientists and the women scientists who have been celebrated this year. “The world continues to face unprecedented challenges such as climate change, water scarcity, illnesses and food security among other issues. Only a shared, controlled science, at the service of the world’s population, is able to meet the major challenges of the twenty-first century, and our researchers are the proof.”

The recipients of the Post-Doctoral regional fellowships of 10 000 Euros each are:

Title of Project: Anticancer and antimicrobial activity of Moringa oleifera, and Sutherlandia frutescens and their nanoparticles.

The recipients of the Doctoral fellowships of 5 000 Euros each are:

Title of Project: Novel tannin-based adsorbents from green tea for the removal of organic pollutants in oilfield produced water

Title of Project: Characterization of similarity orbits of invariant subspaces of norm-attainable operators

Title of Project: Development and Evaluation of Adsorption coupling Bio-desulphurization (AD/BDS) process for the desulphurization of South African Petroleum Distillates.

Title of Project: Value addition in the fruit processing chain to increase the nutritional value and to enhance the small holder farmers’ income in Uganda

Only a shared, controlled science, at the service of the world’s population, is able to meet the major challenges of the twenty-first century, and our researchers are the proof
5. Carol Mahachi, Zimbabwe – Stellenbosch University

Title of Project: variability in lower stratospheric ozone concentration over the Kalahari transect as a precursor for climate change assessment

Title of Project: Effect of environmental endocrine disruptor Bisphenol A BPA on epigenetic regulation of steroid hormone metabolism and influence on associated levels of hormones among mother and child pairs

Title of Project: Hepatitis B virus mother-to-Child-transmission in Namibia: transmission dynamics and possibilities for elimination

Title of Project: The profiling of C11-oxy steroids by UPC2-MS/MS quantification in clinical conditions characterized by androgen excess and in steroid abuse.

Title of Project: Immunity in viral hepatitis B: Evaluation of the cytokine profile and immunoglobulins in vaccinated individuals and carriers of HBsAg in Burkina Faso

The L’Oréal-UNESCO For Women in Science Sub-Saharan Africa programme has reached many women across Africa. The prestigious Awards Ceremony where the scientists were presented with the fellowship took place on the evening of 8 November at The Venue Greenpark, Johannesburg.

Youth must benefit from CSI programmes