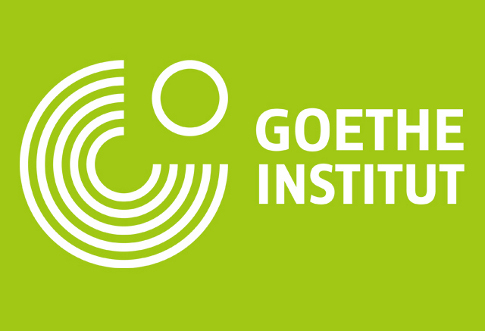 The Otjiwarongo Secondary School is now one of 1 800 PASCH schools worldwide and seven in Namibia.

The German Embassy Windhoek and Goethe-Institut Namibia on Tuesday 07 November officially handed over the PASCH (Schools: Partners for the Future) accreditation to Otjiwarongo Secondary School (OSS) and signed an Agreement of Cooperation. The OSS is now one of 1 800 PASCH schools worldwide and seven in Namibia: three under the auspices of the Central Agency for Schools Abroad in Berlin, Germany (Namib High School in Swakopmund and Delta Secondary School and DHPS in Windhoek), and four under the auspices of the Goethe-Institut Namibia (Windhoek High School, Martin Luther High School in Okombahe, Private School Swakopmund and the OSS).

“Winning young people as partners for the future by sparking a lasting interest in our country, our society and our values through the teaching of the German language and German culture, that is the idea behind the PASCH initiative,” Chargé d’affaires of the German Embassy, Ullrich Kinne said in his welcoming remarks.

Established in 2008 by then German Foreign Minister and present Federal President Frank-Walter Steinmeier, PASCH-Schools is a worldwide programme for the development and advancement of German language education at distinguished schools. The initiative promotes inter-cultural exchange and the development of an international learning community for schools. Within the scope of this programme, German language classes are promoted at PASCH-Schools worldwide. The GoetheInstitute supports 599 PASCH-schools all over the world in the national education systems of more than 120 countries through financial assistance and introducing or developing German as a school subject.

“The fact that the OSS is one of two Namibian schools that have been given the opportunity to join PASCH this year shows how much we appreciate the efforts brought for supporting German as a foreign language in Otjiwarongo. I hope this agreement of cooperation manifests as a fruitful initiative and develops in the future,” said Goethe-Institut Namibia Director, Daniel Stoevesandt.

Being a PASCH-School includes renovating the German language classrooms, installment of modern teaching technology, the supply of teaching materials designed for effective teaching and regular support through skills-transfer and scholarships for teachers to universities in Germany.

Renovation at the OSS German language classroom cost about 400 000 NAD.

“Renovation at the OSS German language classroom cost about 400 000 NAD. PASCH enables access to advanced teaching techniques and we have provided an interactive board that allows teachers to use various resources when teaching the German language. The OSS will also function as a resource centre for German language teachers in the Otjozondjupa Region and enable staff from other schools to access teaching materials,” said Goethe-Institut Namibia Head: Language Cooperation, Corinna Burth.

The Goethe-Institut Namibia and PASCH throughout every academic year hold conferences for German language teachers to equip them with the latest and advanced teaching techniques. Being a PASCH-School, learners and teachers at the OSS are part of a network that supports the development of multicultural projects and the acceptance of cultural diversity.

“This is very important day as we realise a huge dream of five years ago to offer teachers opportunities for skills development,” said OSS Principal Rina Goldbeck, whose contribution to the success of OSS and learners’ performance in year-end exams was acknowledged.

In his speech at the handover, Otjozondjupa Education Director, Simon Tsuseb noted OSS as a distinguished school and great performer in the national rankings. He elaborated on the importance of language development, whether national or foreign, and how PASCH opens doors for teachers and learners.

“Development in languages impacts the lives of all in society – it helps to express emotions and desires and queries, it enables communication. Scientific research has found that multilingual learners are an edge ahead in future planning, and learning a foreign language develops critical thinking and improves math skills,” said Tsuseb. Echoing sentiments, Otjozondjupa Regional Governor, Otto Iipinge noted the proud history of OSS and its leadership, who should be proud of the PASCH-School accreditation and other developments.

Closing off the handover, OSS Student Representative Council President, Daniel Eggert noted how the investment in educational infrastructure for German as a foreign language is important to providing high-school graduates the opportunity to study abroad or pursue a career in the tourism industry amongst many. “This is important for all of us and in particular the mother-tongue German speakers, as it invests in maintenance of the German language in Namibia. We are proud to be a PASCHSchool.

The second PASCH-School in Namibia accredited during 2017, Private School Swakopmund, will officially receive their placard, experience renovations and sign their Agreement of Cooperation in 2018.