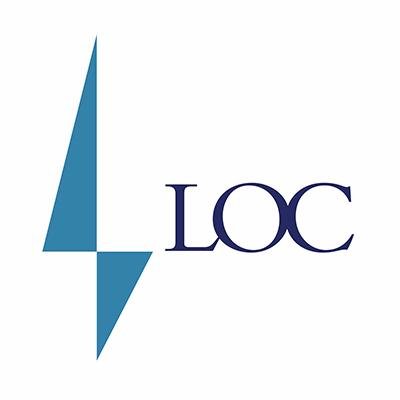 The UK’s Ambassador to Egypt H.E. John Casson welcomed LOC Group, an independent marine, engineering consultancy and survey organization, which opened a new office in Cairo, Egypt to increase its presence across North Africa and the Middle East.

This is the latest in a new wave of British companies entering Egypt in 2017, in response to the new economic reform programme. LOC has worked on projects in the region for more than 15 years, mainly offshore in the gas fields of the West Delta Deep Concession, however, an increasingly optimistic economic outlook in the region is driving greater demand for LOC’s services. The new Cairo office will be staffed by local engineers and surveyors. All of LOC’s services will meet the company’s global quality service standards and every project will be locally delivered, with group-wide support offering additional expertise, experience and skills 24/7 whenever needed. Ultimately, the Cairo office will act as a bridge into the North Africa markets giving access to countries to the west and ultimately to be LOC’s regional hub for North Africa. Longer term, LOC plans to develop the Cairo office into a larger multi-function office providing marine warranty surveying, marine surveying, marine casualty response and engineering consultancy.

LOC’s entry into Egypt follows a chain of recent announcements from British companies scaling up their impact in Egypt:

SEWS inaugurated its second factory in Egypt, aiming to create 5000 jobs and export to Japan and Europe.
British kimal and Egyptian Ameco partnered up to establish a medical production facility in Egypt. The investment amounts will reach $20m in five years.
CDC Group, announced it is investing over EGP 1.7bn in Benban Solar Park. The investment will support the generation of 400 MW of clean energy.
Egypt, for us offers and exciting growth opportunity, not least because a third of the world’s shipping fleet passes through the Suez Canal
Andrew Squire, Group Chief Executive says:

“This is an exciting region to work in, we have long standing relationships with many clients from our work over the last decade, but the volume of the work and demand for our different services is increasing. It now makes good sense to have a solid base in Cairo, employing local talent supported by our international specialist teams. We look forward to developing our client relationships and building new ones, while supporting positive economic growth in the region.”

“Egypt, for us offers and exciting growth opportunity, not least because a third of the world’s shipping fleet passes through the Suez Canal. The country is attracting significant investment internally and from abroad. As a result, there are some significant oil & gas projects underway and in the pipeline, with further opportunities on the West Delta Deep Concession, Atoll and Zohr gas fields in the Mediterranean.”

“We know these sites well and have many years of experience working in the region. Our new office will allow us to offer a much more enhanced range of services to both existing and new customers.”

“I am happy to welcome LOC as the latest in a new wave of British companies entering the Egyptian market. LOC aims to create jobs for bright Egyptians and ultimately make Egypt its North Africa regional hub. The arrival of world class companies like this reflects Britain’s strong support for economic reforms as Egypt’s number one partner building a resilient economy that serves all Egyptian men and women.”

LOC was established in 1979, and consists of more than 400 highly skilled professionals, based in 34 offices worldwide. LOC works with insurers, certification and classification societies, adopting a pragmatic approach and working to manage risk with the best resources available.