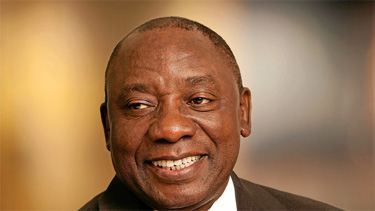 Deputy President Cyril Ramaphosa will this week join various discussion platforms at the World Economic Forum (WEF) Annual Meeting in Davos, Switzerland with an aim to develop a response to new strategies towards transforming governance in various parts of the world.

The World Economic Forum in Davos-Klosters is scheduled to take place between 23 and 26 January 2018 under the theme: “Creating a Shared Future in a Fractured World”.

The Presidency said the forum presents South Africa with a platform to showcase its attractiveness as an investment destination and trade partner, set out plans that are unfolding to secure improved and inclusive economic growth, and contribute to efforts to respond to societal challenges globally.

Deputy President Ramaphosa will also hold various meetings with high-level political and business leaders from various countries at the forum.

The Deputy President and his delegation are scheduled to depart from Johannesburg to Switzerland on Sunday evening.

Led by Deputy President Ramaphosa, the South African delegation includes a broad range of leadership from various sectors of the economy and society, with Minister of Finance Malusi Gigaba as the lead Minister and coordinator.

Deputy President Ramaphosa will be supported by the Minister in The Presidency for Planning, Monitoring and Evaluation Jeff Radebe; Minister of Economic Development Ebrahim Patel; Minister of Trade and Industry Rob Davies; Minister of Public Works Nkosinathi Nhleko and Minister of International Relations and Cooperation Maite Nkoana-Mashabane.