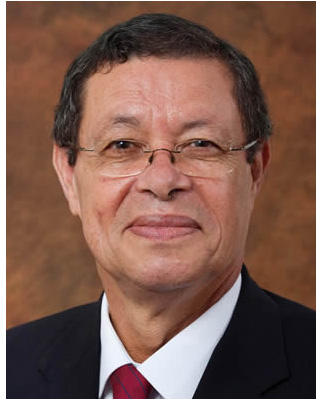 International Relations and Cooperation Deputy Minister Luwellyn Landers says government is in the process of submitting documentation and the Tripartite Free Trade Agreement to Parliament for ratification.

The Deputy Minister said this when he fielded oral questions during the Peace and Security Cluster’s question and answer session at the National Council of Provinces on Tuesday.

This comes after President Cyril Ramaphosa led a South African delegation to the African Union Extra-Ordinary Summit in Rwanda, where he signed the Kigali Declaration on the establishment of the African Continental Free Trade Agreement.

Addressing the Fourth Annual Ubuntu Awards last week, the President said the South African government has, after signing the Kigali Declaration, undertaken to ratify all related instruments in accordance with the country’s domestic laws and process.

“So far, 22 countries have signed the TFTA agreement. For the TFTA to be implemented, it requires 14 countries to ratify it and so far, only two countries – Uganda and Egypt – have ratified.

“South Africa is in the process of submitting the relevant documentation and agreement to Parliament for its ratification,” he said.

“This involves strengthening of mutually beneficial, regional and international relations and negotiating structures aimed at advancing South Africa’s global competitiveness and its trade industrial and economic development objectives,” he said.

The Tripartite Free-Trade Area Agreement is the initiative between three regional economic communities in the Eastern and Southern Africa.

“This was based on the recognition of the importance of a developmental integration approach which does not only focus on market access, but also addresses the productive capacity and infrastructure constraints of both the region and the continent,” the Minister said.

The Deputy Minister said, meanwhile, that what the agreement seeks to do is liberalise trade between countries on the African continent to cut back on things like tariffs.

He said one of the strong points that the Minister of Trade and Industry Rob Davies has emphasised strongly is what he calls the rule of law of origin.

What this means is that partner countries would need to ensure that localisation is prioritised and that they guard against products from countries outside the African continent from being traded under the agreement as this could lead to job losses.

“The danger we face, which we have to guard carefully against, is when a product purportedly comes from Zambia but it comes from another country outside the African continent, let’s say from England, from Canada or France or Russia or China, then the rule of origin kicks in because that product does not come from an African country, the provisions of the agreement does not apply to that product.

“The danger to the labour movement is not only here in South Africa, but to countries in Africa – I have referred to the Zambian example. Zambian workers would lose because that product comes from another country outside the continent. They would not have participated in the manufacture of that product and therefore, you will find that job losses would occur and as a consequence, the Free Trade Area Agreement would fall apart.

“So I would strongly urge people in the labour movement to become involved in the discussion in Parliament when the agreement is tabled in that fashion.”