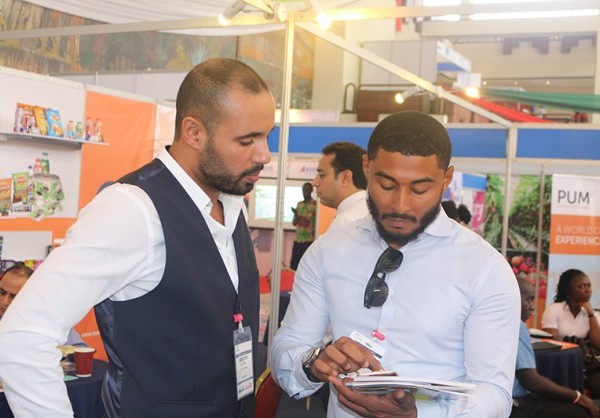 According to GTAI Germany Trade & Invest of 16 May 2018, Côte d’Ivoire is becoming the bread basket of West Africa. Agriculture and the food industry, especially in Abidjan, have been very dynamic for years, both in production and processing. Further investments will follow. Both sectors also enjoy a prominent regional position as they also supply the other francophone countries of the region, such as Burkina Faso, Mali, Guinea, Niger, Togo and Benin.

The increasing demand for food throughout the rather homogenous French-speaking West African market of 110 million inhabitants and the good general economic situation in Côte d’Ivoire continue to offer positive prospects for suppliers of agrofood and plastics, printing and packaging technology.

Reasons enough for fairtrade Messe to move the 5th agrofood & plastprintpack  West Africa from Accra to Abidjan, the capital of Ivory Coast. The event is due on 20 to 22 November 2018 at the Radisson Blu Hotel Abidjan Airport.

Since 2013, the German trade show specialists fairtrade Messe organize agrofood & plastprintpack West Africa in Accra, Ghana. On the background of favourable economic conditions in Ivory Coast and at the request of exhibitors and associations, the 5th agrofood & plastprintpack West Africa will now for the first time be held in Abidjan, the capital of Ivory Coast.

agrofood & plastprintpack 2018 enjoys the support of the following international institutions:

France, the Netherlands and Turkey have already decided to be present at agrofood & plastprintpack West Africa 2018 with official national pavilions.

In the future, agrofood & plastprintpack West Africa could take place alternately, in the even years in Abidjan, in the odd years in Accra, Ghana
agro & AgroTech West Africa 2018: New strategic partnership between fairtrade and DLG

DLG German Agricultural Society enters into strategic partnership with fairtrade (https://goo.gl/FPKzzU) and brings in its agro and trade fair expertise by introducing its AgroTech brand to agro West Africa 2018 and onwards. The focus of the cooperation lies on agricultural technology, animal production, flori- and horticulture and hot-house technology.

Germany’s VDMA Plastics and Rubber Machinery (https://goo.gl/x2WVRP) organizes a fact-finding mission to Abidjan in the area of packaging and recycling with 5-10 plastic and rubber machine manufacturers. Within the framework of plastprintpack West Africa 2018, a symposium will then be held so that German machine manufacturers can present their companies and get an overview of the trade fair and the Ivorian market. In addition, there will also be company visits to local processors.

The French-speaking West Africa is a rather homogenous market of about 110 million inhabitants, which is growing by more than 3 million people every year. With the exception of Guinea, all countries use the franc CFA franc, which is linked to the euro. The currency facilitates not only the overseas export of machinery from Europe and Asia to Abidjan, but also the export of food within the French-speaking countries of West Africa.

In the same year, West Africa imported food processing and packaging technology at a value of EUR 557 million, a plus of 10% compared to 2015. The Top 3 major West African markets and their share, apart from Nigeria, are Ghana (23%), Ivory Coast (21%) and Senegal (20%).

Also the plastprintpack sector provides great chances for doing business as West Africa imported plastics technology at a value of EUR 143 million in 2016. The major West African market, apart from Nigeria, being Ivory Coast with 34%, followed by Ghana and Senegal.

And West African imports of printing and paper technology amounted to EUR 122 million in 2016. Ivory Coast, apart from Nigeria, ranks first with 33%, followed by Ghana and Guinea. Last but not least West Africa imported packaging technology at a value of EUR 240 million in 2016. Here again its major market, apart from Nigeria, is Ivory Coast with 30%.