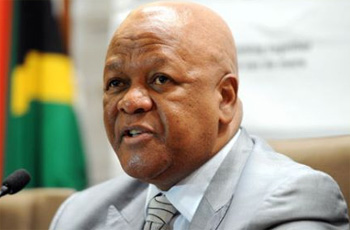 “I feel it is my duty to enlighten you on our future plans relating to the renewable energy. A new bid round i.e. BW5 of the Renewable Energy IPP programme will be launched in November 2018,” said the Minister.

Addressing a stakeholder engagement session at Gallgher Estates in Midrand on Friday, Radebe said bid window 5 could bring another R40 to R50 billion of investment to the country.

From 2014 to 2016, South Africa was able to secure investment of $10.8 billion into the renewables sector through the Renewable Energy Independent Power Producers Procurement Programme (REIPPPP).

The recent signing of IPP agreements in April secured R56 billion of investment into 27 new projects.

“The expedited bid window has expired and therefore it is necessary to embark on a new bid window, which gives an opportunity to drive the socio-economic transformation agenda.”

He said the intention of the bid window is to enhance local manufacturing to ensure investment and economic growth. It is also intended as an opportunity to encourage opportunities for black industrialists and the development of black independent power producers.

“There will be specific reference and requirements for women-owned business participation and special opportunities for the youth. It is also the intension to direct the socio-economic and enterprise development spend of the IPP programme in a much more coordinated way, which will take into account the different needs of the communities where the projects are and which will allow the impact to be measured.”

Turning his attention to gas, Radebe said plans are in place for him to visit Mozambique where South Africa will engage its neighbour. The engagements will be on the possibilities of a regional approach for the development of the natural resources in the respective countries, as well as to ensure a close co-ordination and relationship with our neighbouring countries.

“It is important to note that a gas strategy will also be available with the release of the IRP and for consultation with the market during July/August of 2018,” he said.

Meanwhile, the Minister also expressed concern on the inadequate investment in the electricity and liquid fuel industries.

“There is currently inadequate investment in both the electricity and liquid fuel industries. For instance, electricity generation is constrained due to insufficient capacity and inadequate availability of existing grid infrastructure,” he said, adding that the country’s grid infrastructure requires further strengthening, increased capacity and digitalisation to accommodate the changing nature of the energy sector.

Meanwhile, the liquid fuels sector in South Africa is dependent on imports to meet local demand as the current production capacity does not meet national and export demand.

“No investments have been made in for example new refinery capacity since the start of the new democracy. Our average refineries in South Africa are more than 40 years old.

“Planning at individual organisation level is commercially driven and therefore investments which are required in order to ensure that the policy objectives of the country are met have been left under invested.”

Radebe said investment in refinery capacity in now more than ever urgent.

“It’s our intention as well to ensure that we build a refinery. We cannot just sit by and observe processes going on in the world, and we need to do something as well for our own energy security of supply,” he said at the time. – SAnews.gov.za

Africa’s CEOs continue to look for growth opportunities amid economic and...