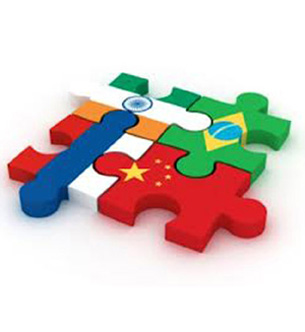 The five major emerging economies — Brazil, Russia, India, China and South Africa (BRICS) grouping — ended their meeting on Monday with a common voice on major issues on the international agenda.

From increased BRICS cooperation, security, economic, financial and sustainable development spheres, the grouping’s foreign affairs ministers, who were meeting in Pretoria, came out with a united equal voice.

A communique issued after their second formal meeting, which was chaired by International Relations and Cooperation (DIRCO) Minister Lindiwe Sisulu, first reflected on the importance of this year marking a decade of BRICS Summits. She said it was a testimony to the fortitude of BRICS cooperation and reiterated the commitment to implement the outcomes and consensus of past BRICS Summits.

“The ministers recalled the BRICS tradition of outreach to extend its cooperation to fellow developing and emerging economies,” read the communique, issued at the end of the meeting, which was attended by Sisulu’s counterparts – China’s Wang Yi, Russia’s Sergey Lavrov, India’s Sushma Swaraj and Brazil’s Marcos Galvão.

The deliberations which Sululu described as “fruitful” reaffirmed BRICS commitment to the United Nations, as the universal multilateral organisation entrusted with the mandate for maintaining international peace and security, advancing global development and to promoting and protecting human rights so as to build a brighter shared future for the global community.

They recalled the 2005 World Summit Outcome document and reaffirmed the need for a comprehensive reform of the UN, including its Security Council, with a view to making it more representative, effective and efficient, and to increase the representation of the developing countries. This, the grouping believes, will allow the union to adequately respond to global challenges.

This pushed the BRICS to commit to intensifying dialogue amongst the BRICS countries on the administration and budget of the United Nations, with a view to strengthening the organization and preserving its Member State-driven character. “We stand firm on the importance and promotion of multilateralism with the UN and its bodies, notwithstanding the reform thereof, at the centre,” Sisulu explained.

In addition to this, the BRICS ministers reaffirmed their commitment to multilateralism and a rules-based international order and in this regard reaffirmed the centrality of UN, WTO and international law by pledging their support to efforts towards making global governance more representative with greater participation of emerging markets and developing countries.

On trade, they underlined their firm commitment to free trade, and the centrality of a rules-based, transparent, non-discriminatory, multilateral trading system (MTS) as embodied in the WTO by opposing the new wave of protectionism and the systematic impact of unilateral measures that are incompatible with WTO rules, and undermines global trade, and economic growth.

In this regard, they reiterated that the WTO Dispute Settlement System is a cornerstone of the MTS as it is designed to enhance security and predictability in international trade.

“The Ministers reaffirmed their resolve to foster a global economic governance architecture that is more effective and reflective of the current global economic landscape, increasing the voice and representation of emerging markets and developing economies. They reaffirmed their commitment to conclude the IMF’s 15th General Review of Quotas, including a new quota formula, by the 2019 Spring Meetings,” reads the communique.

With regards to the 2030 Agenda for Sustainable Development, they reaffirmed their commitment to implement the tenets in an equitable, inclusive, open, all-around innovation-driven and sustainable development, in its three dimensions – economic, social and environmental in a balanced and integrated manner.

They reaffirmed their commitment to tackling climate change. They welcomed the entry into force of the Paris Agreement under the United Nations Framework Convention on Climate Change.

Turning to global issues on the agenda, the four ministers condemned terrorism in all its forms and manifestations and went on to urge concerted efforts to counter terrorism under the UN auspices.

Furthermore, they recalled the responsibility of all states to prevent financing of terrorist networks and terrorist actions from their territories.

They also raised the issue of the growing instability in the Middle East, amongst others, the Israel-Palestine situation, the crisis in Syria and Yemen, and the unfolding catastrophe in Afghanistan.

“Finding inclusive, peaceful, negotiated solutions to these conflicts is paramount. The same holds true for international terrorism. We recommitted ourselves to supporting the United Nations’ central coordinating role in international counter-terrorism cooperation. We furthermore reaffirmed our commitment to an expeditious adoption of a Comprehensive Convention on International Terrorism,” Sisulu added.

The meeting laid the foundation for the 10th BRICS Summit taking place in July under the theme “BRICS in Africa: Collaboration with Developing Countries for Inclusive Growth and Shared Prosperity in the 4th Industrial Revolution”.

The theme resonates with the core priorities of all BRICS members, notably to strive towards the creation of an inclusive society and global partnerships that will bring prosperity to all humankind.

USAIDs Meeting with the Minister of Foreign Affairs of the Federal...