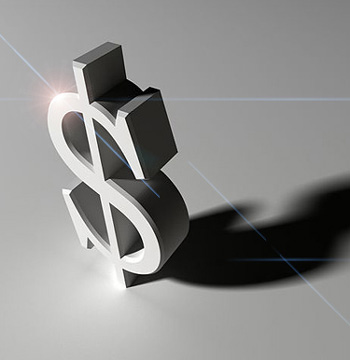 Cabinet has welcomed the launch of a factory that is expected to create jobs in East London in the Eastern Cape.

“This R1-billion investment will create 1 000 new quality jobs in addition to the existing workforce of 450, mostly youth and women,” Cabinet said in a statement on Friday, following its regular meeting this week.

The factory was launched by Yekani Manufacturing, a wholly black-owned company and will manufacture information and communications technology products.

This investment has benefited from both the Special Economic Zone Infrastructure Incentive and the Black Industrialist Scheme (BIS).

“The BIS saw the Department of Trade and Industry (dti) approving incentive support to 103 black industrialists over the previous two financial years. Forty-eight companies were also provided with market access support, eight of which are in the Eastern Cape,” Cabinet said.

Cabinet has mandated the Economic Cluster Ministers to urgently convene to discuss the country’s economy following a decline in the Domestic Product (GDP).

According to figures released by Statistics South Africa (StatsSA) this week, South Africa’s GDP in the first quarter of 2018 declined by 2.2%.

“The agriculture, mining and manufacturing industries contributed to the decline in this first quarter. The GDP results bring into sharp focus the need for all sectors of the country to work together to support South Africa’s local economy,” Cabinet said.

Cabinet said business and labour need to continue to work with government in support of initiatives such as the Nine-Point Plan to stimulate economic growth and create much-needed jobs.

“One of its key pillars is the Industrial Policy Action Plan (IPAP), which focuses on increasing manufacturing, employment creation and exports. Cabinet is confident that the IPAP will help grow our industrial sector and economy,” Cabinet said.

Later this year, government will host an International Investment Summit to profile South Africa as an investment destination.

The aim of the event is to work towards generating R1.2 trillion in new investments over the next five years, which will have a significant impact on economic growth and employment creation.

Cabinet has reassured beneficiaries of social grants that government will continue providing the service, as mandated by the Constitution of the Republic of South Africa of 1996.

“Social grants will continue to be paid and the process to replace the old South African Social Security Agency (SASSA) card with the new one will continue until the end of September 2018.

“The partnership between SASSA and the South African Post Office is yielding positive results as more beneficiaries have since May 2018 been coming forward to swap their cards,” Cabinet said.

Cabinet has urged communities to ignore recent short messages directing social-grant beneficiaries to re-register for their social grants to avoid not being paid.

“Such misleading messages seek to create confusion amongst the poor and derail government from ensuring that social grants are seamlessly paid to beneficiaries without failure,” Cabinet said.

Cabinet has condemned the recent violent protests around the country, and is especially saddened by the acts of violence and intimidation of patients and medical staff at the Charlotte Maxeke Johannesburg Academic Hospital.

“Protestors who exercise their rights to protest should do so without violating the rights of others, particularly the vulnerable. No amount of grievance justifies violence and the threatening behaviour seen in the past week,” Cabinet said.