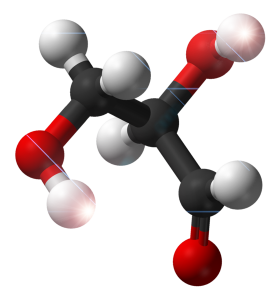 South Africa’s leading researcher on Devonian marginal marine ecosystems and early vertebrates – or ancient fish and early tetrapods – Dr Robert Gess has announced the ground-breaking discovery of what is believed to be a 360 million-year-old fossil.

The approximately metre-long Tutusius umlambo, named after Archbishop Emeritus Desmond Tutu, and the somewhat smaller Umzantsia amazana are both incomplete.

The tetrapods were discovered at the Waterloo Farm in 2016 after controlled rock-cutting explosions by the South African National Roads Agency (SANRAL) along the N2 highway between Grahamstown and the Fish River.

Devonian tetrapod fossils are found in widely scattered localities. However, if the continents are mapped back to their Devonian geological period positions it appears that all previous finds are from rocks deposited in the palaeotropics – between 30 degrees north and south of the equator.

South Africa now adds insights into the emergence of land animals to its incredible fossil record, which also includes transition to mammals from reptile-like ancestors and the evolution of humans.

Speaking at the unveiling of the two fossils in Johannesburg on Friday, Dr Gess said the discovery was another feather in South Africa’s Palaeosciences cap.

‘’South Africa has a really impressive fossil record and it covers most of many of the important transitions in our own ancestors. Whereas all previously found Devonian tetrapods came from localities which were in tropical regions during the Devonian [geological period], these specimens lived within the Antarctic circle,’’ Dr Gess said.

Science and Technology Minister, Mmamoloko Kubayi-Ngubane, congratulated Dr Gess on the discovery. She said it places South Africa at the forefront of the study of the evolution of land-living vertebrate animals, including the ancestry of all the wildlife in the country’s game parks.

Kubayi-Ngubane said South Africa is richly endowed with natural resources and the country’s fossil wealth dates back to more than three billion years.

“… Many internationally significant fossil discoveries have been made in our country and are stored in South African museum collections.

The research was supported by the Department of Science and Technology and National Research Foundation (NRF) Centre of Excellence in Palaeosciences based at the University of the Witwatersrand and the Millennium Trust. 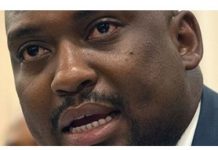 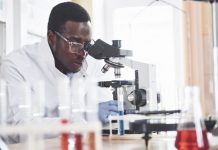