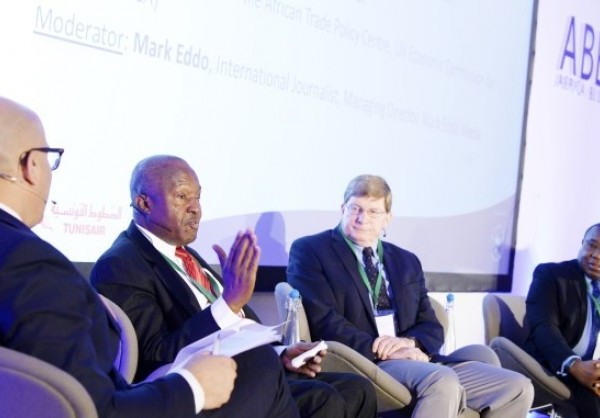 The African continent needs to work together on a country and regional level to put in place and, more crucially, implement a sustainable maritime governance system that will benefit the whole continent, concluded delegates at the first Africa Blue Economy Forum (ABEF) .

ABEF 2018 took place in London on 8 June, to coincide with World Oceans Day. The Forum attracted international experts and African government ministers to debate the economic contribution of oceans in the context of the African Union’s Agenda 2063 and the UN Sustainable Development Goals (SDGs).

Paul Holthus, CEO of the World Ocean Council and keynote speaker at ABEF 2018, remarked: “Africa presents major blue economy investment opportunities and also sustainable development challenges. We are working to bring together ocean business community leadership and collaboration in Africa to address both these opportunities and challenges.”

Speaking on the panel discussing ‘The blue economy and ocean financing’, Gregor Paterson-Jones, an independent expert on renewable energy investment, said: “The blue economy is not a uniform theme. The green economy is more easily defined, because it relates to ‘clean’ energies. The blue economy has multiple sectors with different types of investment opportunities. I always say blue is the new green.”

A strong focus on action was prevalent throughout discussions at ABEF. David Luke, Coordinator, African Trade Policy Centre, United Nations Economic Commission for Africa, remarked: “Because the blue economy is such a broad concept, we need to bring coherence to it. As far as Africa is concerned, we need to be part of the change we see happening on the continent for the blue economy to have traction.”

Stanislas Baba, Minister-Counsellor to the President of the Togolese Republic, said: “Trade is an unexploited resource in Africa, but the blue economy has to be handled carefully. $350 million is lost each year in Africa due to illegal fishing. We can combat poverty by using our seas.”

Achieving a regional approach will not be easy, noted Yonov Frederick Agah, Deputy Director General, World Trade Organisation. “One of the problems we have in Africa is that we don’t like ideas,” he remarked. “”Blueprint programmes are lying on the shelf. Integration means letting go of certain things.”

Speakers and delegates at ABEF 2018 agreed on the need for innovative financing to start developing the Africa blue economy on a wider scale, not only from governments, but also the private sector. Relevant data and more research is required to shape policies, especially with regard to climate change. Focusing on educating Africa’s youth is also key to shaping the blue economy, which has the capacity to provide desperately needed jobs for the younger generation across the continent.

Leila Ben Hassen, Founder and CEO of ABEF organiser, Blue Jay Communication, commented: “The blue economy is not simply the responsibility of the 38 African coastal countries, but is also highly relevant to their landlocked neighbours. We must all contribute to put the blue economy into action, to help reduce poverty, improve livelihoods and assure sustainable socio-economic development.”