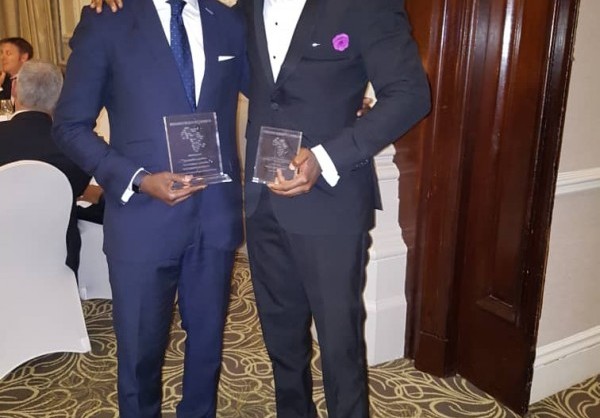 Private Equity Africa (PEA) awarded Papa Ndiaye, CEO of AFIG Funds, the 2018 Outstanding Leadership Award at a ceremony held in London Tuesday night. PEA is the pre-eminent magazine on Private Equity in Africa. It is in recognition of PE professionals who have helped shape the industry.

“It is quite an honor to be recognized by my esteemed peers for Private Equity Africa’s Outstanding Leadership Award. I have had the privilege of seeing the African PE industry blossom from its very humble beginnings in the 1990s, and I firmly believe that the best years are ahead of us, particularly with African capital markets evolving rapidly and the African PE LP base broadening to include a more diverse base of local as well as international institutions in recent years,” said Papa.

“This award is a strong testament to the commitment and hard work of my colleagues at AFIG Funds, who have accepted the challenge of promoting private equity both in established and frontier markets on the continent. Thanks to their hard work and excellence, we have invested across 12 countries to-date and impacted the development of African blue-chip companies in several sectors, while providing healthy returns to our Limited Partners. I also thank my peers in the industry, whose support and friendship and contributions have been essential in fostering a collective vision for a stronger PE sector in Africa.”

Papa has been a leader in the Private Equity landscape for three decades.

It has been a remarkable year for AFIG Funds with one of the company’s LP Old Mutual also being recognized for a House of the Year Award, as well as INJARO (an AFIG Funds strategic partner) for the Small Cap/VC category.

Gail Mwamba, Awards Chair &Managing Editor of PEA said: “The Private Equity Africa awards celebrate industry leaders who are doing exceptional work on the continent, and highlighting their achievements helps develop the continent. The Outstanding Leadership Award is the only category that is voted on by industry peers. Papa was selected by the industry leaders for his consistent contribution to the growth of the industry. We would like to thank Papa for his contribution to the industry and congratulate him on winning this prestigious award.”

Papa has been a leader in the Private Equity landscape for three decades. Before AFIG Funds, he was a founding member and Investment Director of EMP (now ECP). Prior to that, he had investment responsibilities in IFC’s Africa Department and helped launch several landmark funds in Africa. He also worked at Salomon Brothers in 1988 before joining JP Morgan’s Emerging Markets Group in 1992 in the Latin America M&A Group and served as Economic advisor to President Wade of Senegal in 2000. In 2004, Papa was selected as a “Young Global Leader” by the World Economic Forum of Davos, and then as one of the “Frontier 100 CEOs” of the Initiative for Global Development in 2009.