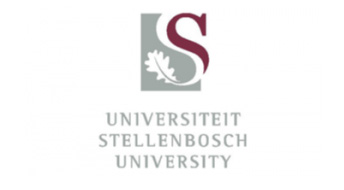 Agriculture Minister Senzeni Zokwana says agricultural colleges should be reconfigured as this would allow them to help to respond to challenges facing the sector, including climate change.

The Minister said this when he hosted a BRICS delegation and interacted with students at the Elsenburg College in Stellenbosch on Tuesday. Also present attending the event was the Western Cape MEC for Economic Opportunities Alan Winde.

The event took place ahead of the 10th BRICS Summit, which is set to take place at the Sandton International Convention Centre next month.

“We believe that success can only follow if the colleges respond to the challenges we face. If the students are trained with the enthusiasm as we have been shown here and we enhance technological advancements,” Minister Zokwana said.

“In the process, I believe that agriculture will be able to even withstand the challenges of climate change and be able to flourish even during the challenging drought conditions,” he said.

Interacting with students earlier during the day, the Minister said students should aim to be job creators instead of being job seekers.

Represented by their student representative council (SRC), President Daine Fredericks, students asked how, as graduates, they can gain access to land for farming, funding opportunities and where they should go to use their college training to penetrate the job and business market in the agricultural sector.

In response, Zokwana said the department, in partnership with the Department of Rural Development and Land Reform, was well-positioned to help graduates with access to land and opportunities in the sector through government’s land reform programme.

In an interview later, he said government’s push for land expropriation without compensation was necessary to advance growth and development in the sector.

He said their concerns on access to land is one of the issues he will take with him to next month’s BRICS Summit.

“I think the one thing is the enthusiasm [by the students], the commitment but because their worry is mainly about access to land, we need to demystify this issue of land expropriation without compensation.”

Meanwhile, Winde said that while government has been doing a lot to promote technological advancement in the agricultural sector, the BRICS meeting provides an opportunity to explore opportunities with member countries as a push is being made to usher in the Fourth Industrial Revolution.

“Of course, the Fourth Industrial Revolution takes it to the next level and that is something that I have been pushing as a department for a long time.

“But I think now linking what we have been doing with the Fourth Industrial Revolution to BRICS is exactly where we want to build those partnerships. I think there is a huge opportunity for agriculture within the BRICS partnerships from a technology point of view, from learning from one another and also from a market point of view,” he said.

Also on display at the event were several innovations that the Western Cape Department of Agriculture was using to assist aspiring and existing farmers with access to farm development programmes.

This includes AgriTouch, a portal that is being run by the province to assist farmers with access to information on grazing and advice, as well as with economic opportunities and funding support within the sector.

Shaheed Martin, the project administrator for agricultural development and support services at the Western Cape Department of Agriculture, said as part of the pilot that ran until the end of March, the department deployed 10 stations with connectivity to the portal and said this had helped even existing farmers manage their crops better.

“AgriTouch is a solution that we deployed in rural areas. In my opinion, access to bandwidth is becoming a form of segregation. If you look at government departments today, you can’t apply for a job unless you have access to the internet.

“So what we aim to do with this solution is to help people access information,” he said.