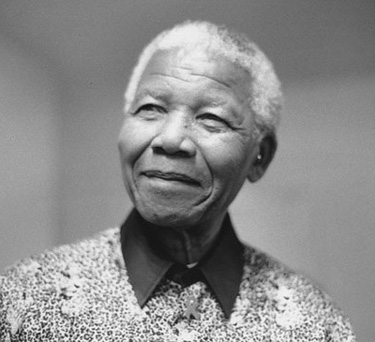 The Reserve Bank will next week put into circulation banknotes to mark Nelson Mandela’s centenary.

The commemorative banknotes and the R5 circulation coin will be in circulation from Friday, 13 July, just five days ahead of the national commemoration of Madiba’s 100th year.

The South African Reserve Bank (SARB) launched the commemorative series of banknotes and the R5 coin to honour the birth centenary of former President Nelson Mandela, a moment which is being celebrated across the globe.

Every commemorative banknote and the R5 circulation coin will take the individual on a historical journey with former President Mandela.

Each note tells a story

The R10 banknote is inspired by the rolling hills of the Eastern Cape, featuring Madiba’s humble birthplace of Mvezo.

The R20 banknote features Mandela’s home in Soweto, where he defined his political life alongside other struggle icons.

The R50 banknote depicts the site where Madiba was captured near Howick, following 17 months in hiding. This moment set in motion events that would change his life forever.

Madiba’s time on Robben Island is depicted on the R100 banknote, where he was incarcerated for 18 of his 27 years in prison.

The inspiration for the R200 banknote comes from the moment when Madiba greeted the nation for the first time as a statesman.

The commemorative R5 circulation coin features a portrait of Madiba, smiling at the nation he helped to build.

All South Africans are encouraged to join the #TheMadibaInMe movement by visiting www.themadibainme.co.za and the SARB’s social media platforms, where they can upload their own profile picture with a frame celebrating what would have been Madiba’s 100th birthday.

“This is a proud moment for the SARB and indeed for our country. It is the first time in the history of the SARB that we issue a series of commemorative banknotes, and there is no more fitting an occasion than the 100th birthday of Madiba.

“In addition, the SARB will also be issuing a commemorative R5 circulation coin to celebrate this occasion. Importantly, this is all about celebrating the values that live within every South African and about turning the moment of money exchange into a moment of mutual respect. We encourage all citizens to join us in this proud movement,” said SARB Governor Lesetja Kganyago.

Five things you must know about the commemorative banknotes and coin:

2. You can continue to use the current banknotes and the current R5 coin. The two sets – current and new – will be circulating together.

3. Every commemorative banknote and the R5 circulation coin tell a story of Madiba from a milestone chapter in his life, from his humble beginnings in Mvezo, to his pursuit of justice in Soweto, to his courage on being captured at Howick, to his perseverance on Robben Island, to the sense of community he showed at his inauguration at the Union Buildings.

5. Download the SARB’s currency mobile app from 13 July 2018. The app has all the latest information about the commemorative banknotes. It is available from the Apple App Store, Window Store and Google Play.