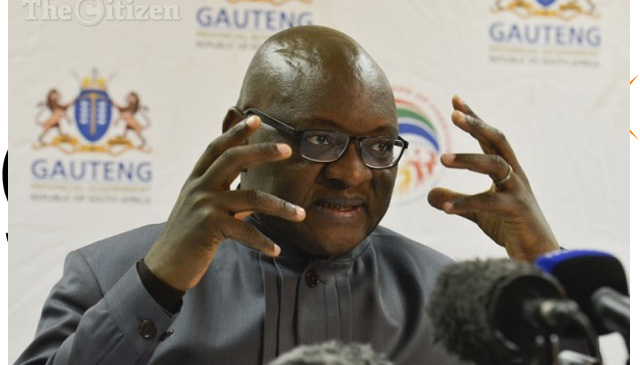 Gauteng Premier David Makhura has issued a directive that qualified women must be appointed to vacant senior management positions in an effort for the province to meet its 50/50 target.

“We don’t want any department in Gauteng to have a senior management team that has less than 50% women,” Makhura said on Thursday.

Addressing hundreds of people who had braved the cold weather to attend the province’s Women’s Day celebrations at the Union Buildings, he said that an assessment of who occupies senior management positions in his administration showed that women only occupied 42% of those positions.

In addition, the Premier announced that the provincial government will launch the Albertina Sisulu Women’s Leadership Development Programme, in honour of the late struggle stalwart, whose centenary is being celebrated this year.

The programme is set to benefit unemployed graduates who have no work experience.

“We have taken a decision that as part of the Albertina Sisulu Women’s Leadership Development Programme, every department in Gauteng where there are vacancies for entry level jobs, young women who are unemployed graduates must be employed,” Makhura said.

He said it was important for government to give young women experience in the public service.

“The Gauteng Provincial Government also has a bursary scheme. In the past four years we have taken 18 000 students from Gauteng townships to universities and Technical and Vocational Education and Training colleges.

The Premier said the provincial government was prioritising young women in its education development programmes.

Makhura said women and men must work together to bring about gender equality.

Makhura and MEC for Sport, Arts, Culture and Recreation, Faith Mazibuko, on Thursday led a two kilometre demonstration, retracing the steps of the 1956 march from the Women’s Living Heritage Monument at Lillian Ngoyi Square to the Union Buildings in Tshwane.

On 9 August 1956, women marched to the Union Buildings to protest against legislation aimed at tightening the apartheid government’s control over the movement of black women in urban areas.

To commemorate Women’s Day, the Gauteng Provincial Government joined hundreds of South Africans for the 62nd anniversary of the historic 1956 Women’s March.

In order to achieve gender equality there needs to be solidarity between men and women, the Premier said.

He urged men to speak out against crimes targeted at women and children. “The suffering of women must be confronted, the crimes against women must be tackled decisively,” he said.