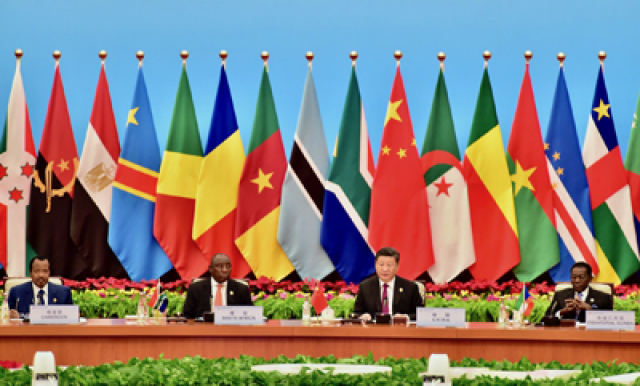 African leaders say the continent stands ready to further cement its partnership with China and promote a win-win cooperation under the China-proposed Belt and Road Initiative.

The leaders made the remarks at the High-Level Dialogue between Chinese and African Leaders and Business Representatives and Sixth Conference of Chinese and African Entrepreneurs, held on the sidelines of the 2018 Beijing Summit of the Forum on China-Africa Cooperation (FOCAC).

South African President Cyril Ramaphosa said at the dialogue that the Beijing summit “reflects the unique and strategic nature” of the partnership with China. The President is co-chairing the two-day FOCAC summit with Chinese President Xi Jinping.

The Africa-China partnership, President Ramaphosa said, “facilitates the realisation of Africa’s developmental aspirations reflected in Agenda 2063 through pragmatic collaboration in the quest of win-win cooperation”.

“I am convinced that FOCAC has taken the comprehensive strategic partnership journey further and to higher levels,” President Ramaphosa said.

He noted that China has put forward the important Belt and Road Initiative, while the African Continental Free Trade Area is gradually taking shape. He said African countries are making progress in seeking development paths that suit their national conditions.

Such moves will help upgrade China’s trade and investment cooperation with North Africa, as well as other African countries, President Aziz said.

North African countries expect to deepen understanding and cooperation with other countries and promote peace, stability and sustainable development in the world, he said.

“Therefore, the countries need to work together to secure our achievements through a win-win cooperation,” the Mauritanian President said.

Also at the dialogue, Djiboutian President Ismail Omar Guelleh said the Africa-China partnership is based on a win-win cooperation and mutual benefit.

On behalf of East Africa, Guelleh said the region is delighted that it will continue to benefit from the many advantages of the Belt and Road Initiative proposed by China.

“China’s investment and involvement in East Africa date back to more than 40 years ago, which demonstrates not only the depth of our friendship, but more importantly, how China, even when it was trying to develop itself and lift its people out of poverty, always extended the hand of friendship to Africa and believed in our success,” he said.

China and East Africa have grown together, President Guelleh said, adding that the region is pleased to see that win-win cooperation and friendship have only deepened and helped better the lives of the Chinese and African people.

In his keynote speech at the meeting, President Xi said China stands ready to strengthen comprehensive cooperation with African countries to build a path of high-quality development that is suited to respective national conditions, inclusive and beneficial to all.

Realising common prosperity for the people of all nations, including the people of Africa, is an important part of building a community with a shared future for humanity, President Xi said in his speech themed “Walk together towards prosperity”.

FOCAC was formally founded in 2000. Since then, China and African countries have held the 2006 Beijing summit and the 2015 Johannesburg summit, which have promoted cooperation between the two sides and produced fruitful results.