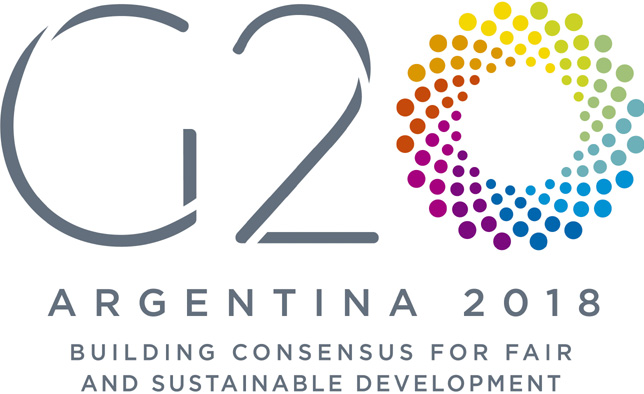 President Cyril Ramaphosa will on Tuesday receive details of flagship projects undertaken in the African continent by German investors when he attends the G20 Investment Summit.

At the invite of German Chancellor Angela Merkel President Ramaphosa will attend the G20 Investment Summit – German Business and the Compact with Africa (CwA) Countries and a Business Roundtable. Both events will be held in Berlin, in Germany, on 30 October 2018.

According to the Presidency, the G20 Investment Summit will bring together German business and CwA Countries to explore investment opportunities under the framework of the G20 Partnership with Africa.

“German investors will present flagship projects currently undertaken in the CwA Countries and explore further opportunities on the continent. The President will attend the summit in the capacity of Co-Chair of the G20 Africa Advisory Group,” Presidency said on Thursday.

The G20 Conference on the CwA will focus on ways in which the G20, African countries and development institutions can cooperate to promote private investment and economic participation in African states.

“The meeting will also undertake preparatory work in this field for the G20 Summit in Buenos Aires, Argentina,” Cabinet said in a statement on Thursday.

South Africa and Germany share strong historical, political and economic links that have been strengthening since 1994. According to the Department of International Relations and Cooperation, both countries have “developed to such an extent that the relations between the two countries could be described as a strategic partnership”.

“Visits to Germany by former President Mandela and President Mbeki as well as the visits of former Chancellor Khöl and former Federal Presidents Herzog and Rau to South Africa in recent years have all contributed to the intensification of relations.

“In 1997 during the visit of then Deputy-President Mbeki, the South African – German Binational Commission was launched. The BNC has become the most important instrument through which bilateral relations are conducted. It currently consists of six committees, namely; Economy, Defence, Environment, Culture, Development Cooperation and Science and Technology,” said Dirco.

Germany has made a substantial contribution within the framework of the Development Cooperation between the two countries. Since 1994 Germany has committed approximately Euro 268 million (DM436 million) for bilateral financial and technical cooperation with South Africa.

Meanwhile, Cabinet also announced that Members of the Executive will participate in the Government Communication and Information System’s (GCIS) 9th National Imbizo Focus Week of the fifth democratic administration.

The National Imbizo Focus Week will take place from 12 to 25 November, coinciding with the Cabinet Programme of Action Reporting Week.

“The Imbizo Focus Week will provide a platform for members of the National Executive as well as provincial and local government leaders to undertake community meetings and Izimbizo countrywide, over this period, to demonstrate government’s implementation of the 2014-2019 Medium Term Strategic Framework and to respond to issues being raised by citizens, which impact on the safety, growth and development of our communities,” said Cabinet.

Cabinet added that the two weeks of activism will place against the backdrop of celebrations of the centenaries of Struggle icons Mama Albertina Sisulu and Tata Nelson Mandela, both of whom epitomised the value of regular consultation and interaction with the communities they served.

Mastercard Foundation and the African Leadership Academy welcome the 2018 Anzisha...