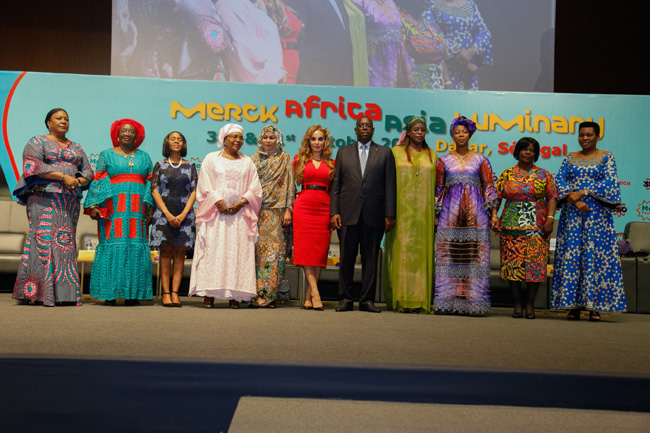 During his closing speech, The President of Senegal, H.E. MACKY SALL emphasized “I am very glad to be hosting this important conference in Senegal, as it will help explore many partnership opportunities and introduce new frameworks for health capacity building in collaboration with our Ministry of health and Merck Foundation and other ministries of health and healthcare societies & institutions across the world. I personally urge African Governments to prioritize investing on healthcare capacity building.”

Prof. Frank Stangenberg-Haverkamp, Chairman of the Executive Board and Family Board of E-Merck KG emphasized, “Merck is a value driven company and that is one of the reasons why Merck through its foundation is committed to support the social and economic development of Africa, Asia and developing countries by building healthcare capacity and improving access to innovative and equitable healthcare in the continent.”

Merck Foundation CEO, Dr. Rasha Kelej welcomed the First Ladies as Merck Foundation Partners and Ambassadors of Merck More Than a Mother to empower infertile women and build healthcare capacity in their countries.

“We are very proud to have the support of H.E. MACKY SALL to enable us to realize our vision to change the landscape of Cancer care in Senegal and rest of Africa“, Dr. Kelej added.

The First Lady of Senegal, H.E. MARIEME FAYE SALL delivered the keynote speech at the Luminary and welcomed the partnership with Merck Foundation to build healthcare capacity, along with

Merck through its foundation is committed to support the social and economic development of Africa
H.E. DENISE NKURUNZIZA, The First Lady of the Republic of Burundi;

They have also announced their acceptance to be appointed as Ambassadors of Merck More Than a Mother campaign to empower infertile women and break the stigma of infertility in their countries.

Delegation of the Committee on Food and Agriculture of the German...