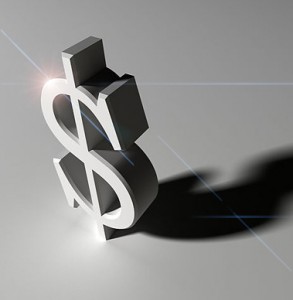 The inaugural African Investment Forum (AIF) has culminated in 45 deals worth $32 billion in investment.

The deals cover sectors such as energy, infrastructure, transport, utilities, education, health, water, sanitation, agriculture and housing, organisers told media at the end of the summit.

These investments are a significant 80% of the target set out at the start of the summit, African Development Bank (AfDB) President Akinwumi Adesina said on Friday.

At the start of the summit, the bank indicated that there would be about 28 boardroom sessions structured to deliberate on 61 bankable projects worth $40 billion across the continent.

The deals that South Africa sealed include the Gautrain expansion project worth $3.9 billion; $240 million in investment for a public-private partnership towards the building of schools, as well as an investment of $492 million towards the renovation of government buildings.

Makhura said the province is excited to be part of this.

“There was a stampede of investors wanting to finance the Gautrain. We want to increase the level of investment in the Gauteng and South African economy. Intra-Africa investment is very critical for the advancement of the African continent.”

Makhura said these new investments projects will contribute immensely towards the $100 billion investment target set out by President Cyril Ramaphosa for the next five years. The President has already managed to raise about $20.3 billion from last month’s investment summit.

The three-day AIF was attended by several African Heads of State, senior government officials and investors from across the continent with the intention of brokering intra-Africa deals and investment opportunities.

Despite the impressive agreements, Adesina said an equally important achievement of the forum was the positive narrative that had emerged about the continent over the course of the three days.

“The most important thing for Africa is how it is projected, the image that Africa is giving, the news that comes out of Africa and how the worlds sees Africa. That’s important because perception matters.”

The forum, Adesina said, has sent a bold statement to the rest of the world that Africa is ready for investment, Africa absorbs investments and that leading African financial institutions are putting their full financial weight behind the continent.

Adesina called for the reduction of what he termed the significant risk of financing programmes in Africa. “What we have seen here is the power of financial institutions behind Africa’s own vision”.

AFRICA 50 CEO Alain Ebobissé said the forum enabled them to start the de-risking processes in the boardroom in order to make way for more investments.

“In this forum, we have achieved more than what we expected,” said the President of the Africa Export-Import Bank, Benedict Oramah.

Admassu Tadesse, the President of the Trade Development Bank, hailed the forum as being important in taking the continent to the next level. “When you have a climate where everyone is relaxed… you are able to reflect more deeply. The interactive format of the forum was important.”

South African Finance Minister Tito Mboweni said the fact that people came together and shared ideas was just as important as the actual signing of deals.

Speaking specifically on the South Africa front, the Minister said there were many green shoots.

“We should be encouraged by this forum. It is a very positive initiative,” he said, adding that SA has to “work a little harder” given its “huge infrastructure drive”.

What made the summit different, Adesina said in closing, is that “our leaders are thinking and acting differently and I couldn’t be happier”.

Nokia sold more smartphones than Google, HTC, and Sony over the...