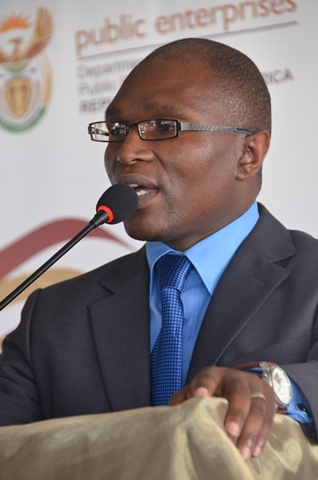 Speaking at the two-day Vhembe SMME Summit in Thohoyandou, Limpopo, Magwanishe said small businesses were a priority as they generate jobs.

“The South African government recognises the important contribution of SMMEs in the country’s economic growth, creation of employment and alleviation of poverty,” he said, adding that the success of SMMEs required all stakeholders to work together to ensure they function to their full potential.

“The impact of small business and co-operatives should be broadened across the economy…Your success in business, is indeed a shared success in government,” the Deputy Minister said.

He said the department was there to advise on issues regarding compliance, consumer protection, diversification of economic activity as well as funding and non-financial support.

National and Provincial governments are strengthening efforts to reignite economic value. “As per the National Development Plan (NDP) projection, 90% of new jobs will be from the SMME sector by 2030,” the Deputy Minister said.

He said rural-based economic activities must be protected and stimulated and his department is privileged to collaborate with sister departments and local agencies to give greater support to SMMEs.

“As a border to Zimbabwe, Botswana and Mozambique, [the Vhembe region] serves as a lucrative corridor for regional and continental movement of goods. This platform should be utilised to better promote Venda as a viable trade and investment destination to local and global patrons,” the Deputy Minister said.

The province and the district play a critical role in facilitating integrated industrialisation.

“As evident in the potential that the region has, agro-processing, the services sector, freight industry and the manufacturing sector, must bare specific focus,” the Deputy Minister said.

He said the summit provided a platform for entrepreneurs, small business practitioners, organised SMME structures, government and big business to interact and share ideas and information on a variety of critical issues that affect the SMME sector.

“Many of these businesses and entrepreneurs struggle to access resources in order to formalise or expand their businesses,” he said.

Rebecca Mulovhedzi, who runs a Spaza shop from her house in Ngudza village, about 25km away from Thohoyandou, told SAnews that small business operators need support from government.

“We are trying to make a living and put food on the table for our families, government must help us to legalise our businesses and not to shut them down,” Mulovhedzi said.

Delegates said they needed financial support and assistance in getting the right licenses.

“Government should intervene and help small farmers to access big markets,” he said.