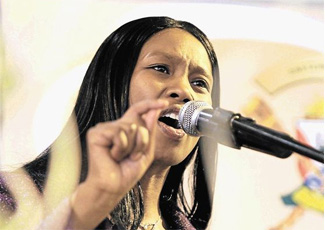 The newly-appointed Minister on Friday met with a Chinese delegation in Pretoria, led by Vice-Minister Gao Xiang from the Bureau of International Cooperation of the Cyberspace Administration of China.

Representatives from the two countries met under the auspices of the China-South Africa New Media Roundtable to discuss possible areas of collaboration in the digital economy, cyber security and e- government.

The roundtable follows on South Africa’s recently held inaugural Investment Conference, where more than 1 000 delegates from more than 35 countries descended on the country. On Friday, scores of media house bosses were in attendance at the new media roundtable, including Naspers, Caxton, eMedia, MTN and SABC, while China was represented by conglomerates like Tecent and Cheetah Mobile, among others.

Delegates agreed that collaboration and partnerships are key to building sustainable industries that are able to create jobs and contribute towards the growth of the economy.

The roundtable served to strengthen relations between South Africa and China both at governmental and business level through sharing of information and lessons on the growth of ICT and related industries.

In his closing remarks at the roundtable, Department of Communications Acting Director General, Dr Mashilo Boloka, made an undertaking to arrange another extended session with China to action some of the inputs made by delegates.