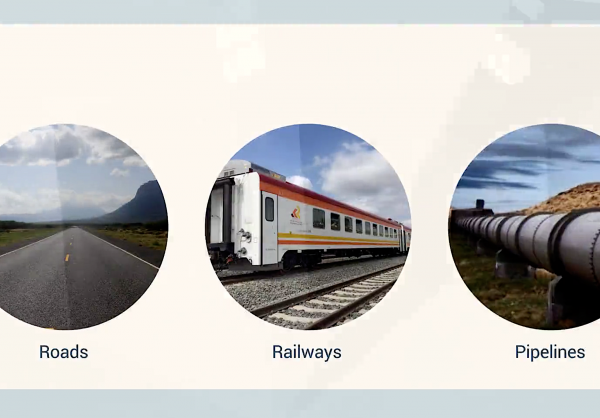 A senior adviser on regional integration and trade at the United Nations Economic Commission for Africa (ECA), Adeyinka Adeyemi, has assured private sector investors that dependable mechanisms have been established to facilitate and safeguard investment in transboundary projects across Africa.

“I am pleased to inform you that we now have the PIDA Model Law – a harmonized Africa-wide legal framework to facilitate private sector investment in transboundary projects on the continent,” said Mr. Adeyemi.

He pointed out that for so long many investors have said Africa is too risky for investment because of the plethora of policies, laws and regulations involved in transboundary projects but that “with the PIDA Model Law in place, you don’t have to worry about that anymore.”

He was speaking during a side event organized on the margins of the Blue Economy Conference in Nairobi to raise awareness and spur stakeholders and investors into prioritizing the Lamu Port, South Sudan Ethiopia Transport (LAPSSET) Corridor project, given its “tremendous economic potentials.”

In highlighting her government’s interest and commitment to LAPSSET, Ethiopia’s transport minister, Dagmawit Moges, noted “the government of Ethiopia strongly believes that the investment and tourism potential of Southern Ethiopia is interlinked with the LAPSSET Corridor Program.”

If I personally had the money and was not working for the UN, LAPSSET is exactly where I’ll invest without fear
She said the project “bears hope and dreams to the peoples of the three countries, and I would like to reassure Ethiopia’s commitment to the realization of such a noble aspiration.”

Ms. Moges emphasized that apart from infrastructural linkages, LAPSSET partners have a crucial role to enhance the economic viability of the corridor by investing in other complementary projects such as special economic zones, free trade areas, and industrial parks.

In the same light, the cabinet secretary for Kenya’s ministry of transport, infrastructure, housing and urban development, James Macharia, noted that significant progress has been made but that governments need to take the lead and invest significantly in the project in order to attract the private sector.

“LAPSEET has moved from being a concept to being a reality. Now, more investment is needed. But for the private sector to come in, they must see what the government has done,” said Mr. Macharia.

NEPAD’s Ibrah Wahabou indicated that the project construction and operational phases are will create significant job opportunities in all three countries and must therefore be given utmost priority. He gave a compelling breakdown in his presentation titled ‘PIDA Job creation Toolkit: optimizing LAPSSET job creation potential.’

For his part, Stephen Karingi, ECA’s Director of Regional Integration and Trade stated that LAPSSET is supposed to play a part in the realization of the Continental Free Trade Area (AfCFTA) because “we cannot harness the potential of the AfCFTA unless we have movement of persons and goods and services, and cross-border trade facilitation and investment.

ECA’s Adeyemi assured potential investors that “your money is safe,” adding “if I personally had the money and was not working for the UN, LAPSSET is exactly where I’ll invest without fear.”

The event, which took place on 27 November in Nairobi was co-organized by ECA and the LAPSSET Corridor Development Authority.