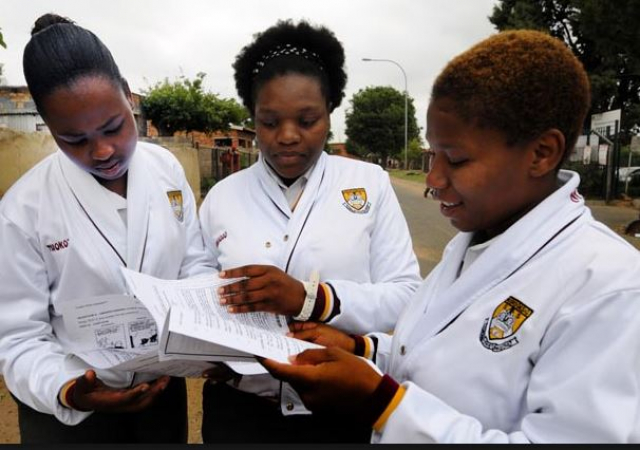 The national senior certificate examinations have been given the thumbs up by quality assurance body, Umalusi.

Briefing the media in Pretoria on Friday, Umalusi Council Chairperson John Volmink gave the Basic Education Department (DBE) and other assessment bodies the greenlight to release the results next week.

“Having studied all the evidence at hand on the management and conduct of the National Senior Certificate examinations administered by the Department of Basic Education, Umalusi is satisfied that apart from instances of irregularities, there are no systemic irregularities reported that may have compromised the overall integrity and credibility of the November 2018 NSC examination,” said Volmink.

The release of results of the implicated centres that did not submit evidence of the Internal Continuous Assessment (ICASS) will also be blocked pending the outcome of further investigations and verification by the Higher Education Department and Umalusi.

The class of 2018, is the 5th cohort to write the Curriculum Assessment Policy Statement (CAPS) which is the strengthening of NSC.

A total of 12 372 pupils sat for exams with the Independent Examinations Board (IEB) and 2415 with South African Comprehensive Assessment Institute (SAICA).

Although Umalusi commended improvement in quality and no adjustments were made in subjects such as Maths, Life Sciences and Physics, a cause for concern was highlighted with Geography.

“Geography hasn’t turned a corner like the other subjects, we saw a downward trend. Learners seem to have a problem with map work, errors in the question paper, the glossary of terms if you don’t use English or Afrikaans can also prove to be a problem,” said Volmink.

Calls for delay in release of Matric Results

Umalusi CEO Mafu Rakometsi appealed for a delay in the release of the results in future to allow adequate time to process and check the results.

“It is our view that the release of results at the beginning of the year places pressure on various stakeholders to complete work in a short period of time. It would benefit the sector to release the results at a later stage,” he said.

While no exam papers were leaked this year, Umalusi said there were several irregularities, particularly in Gauteng and the Eastern Cape.

In an incident in Gauteng, a school principal gave some of his pupils answers to questions in a Geography paper.

Volmink said Umalusi had agreed that the pupils affected be given the opportunity to rewrite the exam.

Concluding the briefing, Volmink urged those who did not make it to try again next year.

“To those who did not succeed this year, I want to say there is another chance next year so please do not give up, work hard and you will do better next year,” he said.