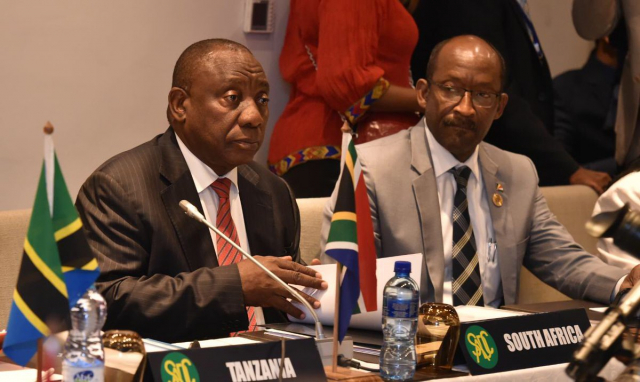 President Cyril Ramaphosa has arrived in Addis Ababa, Ethiopia, to lead a high-level South African delegation at the 32nd Ordinary Session of the AU Assembly of the Heads of State and Government.

The session is scheduled to take place from 10 to 11 February under the theme ‘The Year of Refugees, Returnees and International Displaced Persons: Towards Durable Solutions to Forced Displacement in Africa’. It presents an invaluable opportunity to reflect on and address the root causes of forced displacement in Africa.

The summit is expected to deliberate on a number of other important issues, including the institutional reform and financing of the continental body; peace and security on the continent; developments related to the African Continental Free Trade Area; and negotiations for a new cooperation agreement between the African, Caribbean and Pacific developing countries and the European Union Post-2020.

South Africa intends to submit its Instrument of Ratification of the Agreement on the African Continental Free Trade Area during the Summit.

This afternoon, President Ramaphosa attended a meeting of the Southern African Development Community (SADC) Heads of State and Government on the margins of AU Summit.

The meeting received reports on the consolidation of SADC political efforts in supporting SADC Member States and progress made in the implementation of the Institutional Reform of the African Union and in Post-Cotonou Partnership Agreement Negotiations.