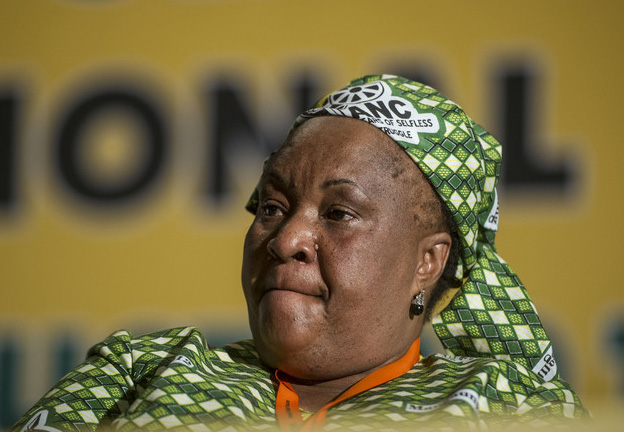 The Free State government has targeted education, skills development and youth opportunities as their focus areas this year.

The province will also be focusing on infrastructure maintenance and eradicating pit toilets in schools in the province.

Delivering her State of the Province Address, Ntombela said the province has 156 schools with pit latrines.

Fifty-one of these schools are in Thabo Mofutsanyana followed by Fezile Dabi with 43 schools. The number of schools in Mangaung with pit latrines is 20, while Lejweleputswa has 39 schools and Xhariep has three.

Ntombela’s commitment to the eradication of pit toilets comes just weeks after President Cyril Ramaphosa’s State of the Nation Address which committed to eradicating pit toilets in all the provinces.

Government’s plan to improve sanitation at schools came under the spotlight last year after the death of a five-year-old, Lumka Mkhetha, who died after falling into a pit toilet in the Eastern Cape, made national headlines.

Ntombela went on to highlight the need to invest in young people and ensuring that they participate meaningfully in the country’s economy by implementing the Framework for Skills for a Changing World.

The framework is meant to prepare children to respond to emerging technologies such as robotics and artificial intelligence.

“We will extend our current programme of using technology to teach our learners to more schools to better prepare them for the 4th Industrial Revolution,” said the Premier, acknowledging that quality education furthers social and economic development.

The province’s efforts of rolling out a reading and writing initiative saw the opening of a new state-of-the-art Sechaba Mahobe Library in Botshabelo, which boasts a reading area, computer room, games room and a toys library for children.

With regards to opportunities for young people from disadvantaged backgrounds, the province has been opening doors of learning by giving away bursaries for higher education to 9 976, young people between 2009 and 2018.

Of them 2 723 have completed their studies and are yet to find employment.

“Many of these young people are studying medicine, engineering, agriculture and other fields of study that are crucial for the development of the Free State,” said Ntombela.

Skills programme in welding, building, construction and mixed farming for 1 500 youth have started. Ten enterprises have been trained in Sao Paulo in Brazil in automotive vehicle maintenance and metal mechanics.

With regards to Early Childhood development, the provincial government reported that they have 103 533 children in centres.

In an attempt to empower and address the many challenges facing youth, 277 000 youth participated in various youth camps and similarly supported 335 youth structures.

Ntombela said her government will open a Substance Abuse Treatment Centre in Botshabelo this year.

“This will be a state-run facility to provide treatment and rehabilitation to those who abuse and are dependent on substances. We are committed to rid our streets of all kinds of drugs.

“We are convinced that taverns that operate close to our schools and churches contribute to societal ills amongst young people.”

As such, Ntombela said they will work closely with municipalities and law enforcement agencies to ensure that no taverns will be allowed to operate near schools and churches.

The province will also taking care of the elderly through the Thekolohelong, Boiketlong and Botshabelo Old Age homes that house 152 older persons.

In addition to this, the province is funding 179 Community-Based Care Centres with 5 856 older persons.

The province also boosts of 32 hospitals and 223 clinics as well as 884 doctors and 6 657 nurses manage these health facilities.

For this year, Ntombela said they are going to build a Trauma Centre in Villiers to take care of N3 road accident casualties.

“We will also improve the provision of our Emergency Medical Services. This will include the appointment of more staff and distribution of ambulances to towns where they are not available.”

The province only had 86 ambulances and has now procured an additional 60 which will be distributed to Mangaung, Xhariep, Fezile Dabi, Lejweleputswa and Thabo Mofutsanyana.