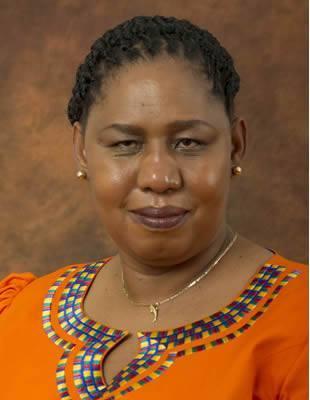 Learners with dyslexia from Tlhokomelo Special School in Meadowlands, in Soweto, have been given a chance in their academic life with the launch of the country’s first-of-its-kind multimedia centre on Friday.

The 22-seater centre, which was built by the Department of Social Development in conjunction with cellular network provider MTN Foundation and technology giant Samsung, was launched by Deputy Minister Hendrietta Bogopane-Zulu.

It is anticipated that the facility will close the gap between traditional teaching methods and children with learning styles that don’t fall within the parameters of these methods.

Dyslexia, which affects 10% of the population is a language-based learning problem that makes writing, reading, spelling and even the pronunciation of words difficult.

Speaking at the event, the Deputy Minister said the innovation would bring much change to the lives of the learners at the school living with the learning disability. The centre will give them a chance in life.

“There will be a lot of change,” she said. “A lot of children will no longer be called stupid, uyivila (lazy) or [be accused of] not wanting to learn. Platforms like these help us to raise the levels of awareness. People with dyslexia will now be able to compete with all of us without us making them feel that they always have to depend on us,” she said.

The centre is equipped with a modern and secure computer lab and a smartboard.

“We’ve made sure that the lab talks more than it types. It also has pictures and graphics so that they can look at the picture and know without reading that it says ‘start’. It has coloured keyboards [which] are colour-coded because different colours mean something else for people with dyslexia. It has a spell corrector that will assist them.

“It has screen reader software so that they don’t have to beg anyone to read their favourite books, they can come to the computer lab, put it under the pal camera, and the camera will start reading it,” she said.

Gauteng MEC for Social Development Nandi Mayathula-Khoza commended the innovation, saying she was hopeful similar partnerships would spread across other parts of the country where it was needed.

She said these spaces will allow the beneficiaries to pursue whichever careers they desired or become businesspeople and create much-needed jobs.

“We want to congratulate the Deputy Minister and I hope that these partnerships will continue to work with you and our government. The Deputy Minister didn’t just sit down and say there are no resources, she got out and sought assistance,” she said.

“We want to say thank you because we believe that this technology has many benefits for our learners. Our learners have a right to information, communication and technology skills so that they can be empowered. Like all learners, they want to stay in touch with world news, their friends and families through all forms of media.”

Samsung Africa chief executive officer and President, Sun Yoon, said the company joined the initiative because it believes in the upliftment of the people living with disabilities.

“There are many technologies we can use for those who live with disabilities so they can grow and live as normal people. We are pleased to have joined forces with government and be part of this school’s uplifting story – a story of hope and achievement,” he said.

MTN Foundation General Manager Kusile Mthunzi-Hairwadzi said the country could not afford to neglect children living with disabilities because they were important for the country.

“Technology can enable them to be more effective in their communication in everything they do and their understanding of the wold,” she said.