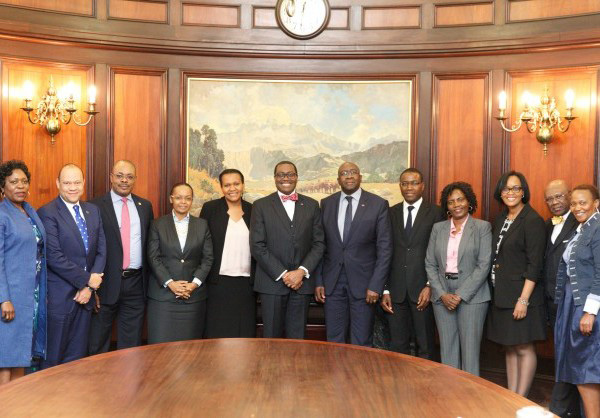 Citing a World Economic Forum report, Ms. Songwe said it will take Africa 102 years to close the gender gap and that globally, it will take 217 years

“When you have women in positions of leadership, business does better and there’s more innovation, more value creation and more profit,” said Vera Songwe, Executive Secretary of the Economic Commission of Africa (ECA).

Speaking at the launch of the Global Health 50/50 2019 Report – titled Equality Works – in Addis Ababa on the eve of the International Women’s Day, she said the world’s economy loses USD 160 trillion in wealth due to gender inequality.

She said political empowerment is one of the areas in which the least progress in closing gender gaps has been made, adding “And we know that policy and politics are where decisions that affect women are made.”

Ms. Songwe pointed out that gender gap in health and survival has reduced by 96%. Meanwhile, in the areas of economic participation and education, progress in bridging gender gaps stands at 58% and 95% respectively.

The ECA Chief applauded the Global Health 50/50 Report as an advocacy initiative that advances action and accountability for gender equality in global health.

The 2019 edition focuses on gender in the workplace. It reviews the gender-related policies and practices of about 200 organizations that are either active in global health or seek to influence it.

Besides Rwanda where more than 50 % of MPs are women, we need to recognize progress in Mozambique, Namibia, Senegal and South Africa where women hold 40% or more of the seats.

The report reveals that gender equality in the workplace is still far from being achieved, especially regarding gender leadership gap, gender policy gap and the gender pay gap in global health.

The executive director of UNAIDS, Michel Sidibé, noted that his organization is ranked among the 17 high performers in terms of gender parity policies and practices, stating:

“I’m committed to building an organization with gender equality at the centre of whatever we do. UNAIDS has achieved gender parity at professional and higher levels. We have moved from 26% female directors of our country offices in 2013 to 48% today.”

President Sahle-Work Zewde of Ethiopia commended the report for being data-rich and reader-friendly. She noted that the report’s findings, especially on pay gap, are a clarion call to Sub-Saharan Africa where gender pay gap is 6% higher than the global average.

Ms. Zewde stated, however, that there’s some good news in Africa where “women are increasingly challenging these norms by claiming positions of power.”

A handful of African countries, she said, have some of the most gender equal parliaments in the world, adding that “besides Rwanda where more than 50 % of MPs are women, we need to recognize progress in Mozambique, Namibia, Senegal and South Africa where women hold 40% or more of the seats.”

Citing a World Economic Forum report, Ms. Songwe said it will take Africa 102 years to close the gender gap and that globally, it will take 217 years.

Addressing young Ethiopian female students shortly after the launch, Ms. Songwe noted, however, that given the increasing rate of academic and professional excellence exhibited by African females, she was optimistic that the content does not need 102 years to bridge gender gaps.

dotAfrica (.africa) the best option for Africa in cyberspace

Global Business Forum with an astounding line up of global innovators