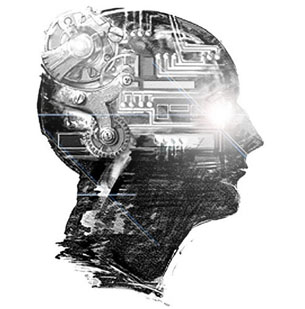 An innovative initiative by government to supply modern technology equipment to disadvantaged schools in rural areas is set to change the lives of learners at these schools.

Speaking at Nolitha Special School, Minister Ndabeni-Abrahams told learners about the importance of the internet and how it was going to improve their lives.

“As citizens of this country, we should not lack behind, internet is there to improve our lives and ensure that we are connected and able to communicate with the rest of the world,” Ndabeni-Abrahams said.

The Minister told the learners that the computer lab and the internet will ensure that they are able to do research for their studies and that since they are connected to the internet, they will be able to communicate with the outside world.

She appealed to the learners and community members to report criminals who steal the computers.

Ndabeni-Abrahams told the learners that they do not have to go to Gauteng for a better life.

“With the internet connection here, you can live a better life here without having to go to Gauteng. You can start your own business here and be able to sell your products throughout the country by using a computer and the internet,” the Minister said.

She cautioned the learners to strictly use the computers for their studies and not to open sites that do not have anything to do with their studies.

“Don’t use the computers to look or search for blessers. Those people will destroy your future, focus on your studies,” the Minister said.

For the next two years, both schools will be connected to the internet free of charge and thereafter they will pay for it.

In all the schools, the learners were excited to use the computers for their research during their studies.

Chairperson of the School Governing Body at Nolitha Special School, Gcina Mketo, thanked government for providing the learners with the computer lab, saying this was going to improve the lives of the learners.

Mketo appealed to the government to also consider disabled learners for job opportunities as some of them have relevant qualifications for the job market.

“Our learners do have the relevant qualifications just like anybody else, they must be considered for job opportunities,” he said.

A learner at Nolitha Special School, Lesley Alfeto, who is in the Senior Group, told SAnews that the computers are going to improve their lives and make their studies much easier.

Lesley told SAnews that he wants to be a graphic designer and with the computer lab at the school, this was going to make learning design much easier.

“I thank our government for providing us with the computers, this is going to make us to enjoy our studies,” he said.

At Zinyosini Secondary School, Grade 8 learner, Mvuseleni Gxindi, told SAnews that with the computers at their school, learning was going to be exciting.

Mvuseleni, who wants to be an engineer, said he will use the computers to learn more about engineering.

“I am excited that government has brought us the computers to help us in our studies. We are now going to get internet and be able to do research,” he said.