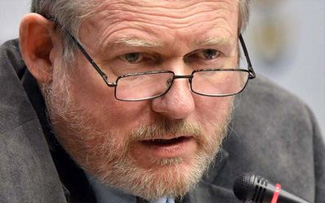 “The aim of the informal gathering of WTO Ministers is to exchange views and ideas on possible outcomes for the 12th WTO Ministerial Conference (MC12) that will take place in June 2020 in Kazakhstan. The informal gathering will bring together Ministers from developed and developing countries from all the different regions,” said the Department of Trade and Industry (dti).

The Minister is attending Thursday’s meeting on the sidelines of the Organisation for Economic Co-operation and Development (OECD) Ministerial Council Meeting, which got underway on Wednesday.

The WTO Ministers’ informal meeting will discuss in particular WTO reforms and negotiate outcomes in preparation for MC12, as well as how to narrow the differences in the fishery subsidies negotiations.

“Our view is that the reform of the WTO should fundamentally be about reform for development and inclusivity,” said Davies.

The MC12 is the topmost decision-making body of the WTO and usually meets every two years.

The informal gathering of the WTO Ministers in Paris follows a WTO Ministerial Meeting of Developing Countries, which took place on 13 – 14 May 2019 in New Delhi, India.

The meeting adopted an outcomes ministerial document titled ‘Working Collectively to strengthening the WTO to promote development and inclusivity’.

It also committed to work collectively with the aim of developing proposals to ensure that the interests of developing countries are reflected in the WTO reform process.

Meanwhile, Davies on Wednesday addressed a meeting of the France-South Africa Business Council.

France is the 13th largest foreign investor in South Africa, with 28 French companies invested in the country.

“A total of 28 companies from France invested in South Africa between January 2013 and September 2018, representing a total capital investment of R15 848.57 billion during this period.

“A total of 32 Foreign Direct Investment projects were recorded during this period, with an average investment of R495.03 billion per project, which created a total of 4 209 jobs,” said Davies.

South Africa’s import basket from France is dominated by machinery and mechanical appliances, boilers, aircrafts such as helicopters and aeroplanes, pharmaceuticals, electrical machinery as well as motor vehicles.

South Africa’s export basket is dominated by motor vehicles, mineral fuels, as well as parts and components for the aerospace sector. Other exports include food and beverages. France is South Africa’s largest market for avocado pears. – SAnews.gov.za