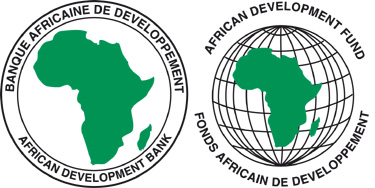 The State Secretariat for Economic Affairs of the Government of the Swiss Confederation (SECO) and the African Development Bank (www.AfDB.org) on Thursday signed two agreements to fund African initiatives on the sidelines of the Bank’s 2019 Annual Meetings.

“These days it’s important that partners work together … to put talents together in a complementary fashion … These are two areas which are forward-leaning and positive for the African continent,” said Raymund Furrer, Bank Governor for Switzerland, who signed on behalf of SECO at the Sipopo Conference Center in Malabo, Equatorial Guinea.

Bajabulile Swazi Tshabalala, the Bank’s Vice President for Finance and Chief Finance Officer, signed on behalf of the Bank. “Our partnership goes beyond the consistent and strong support of the two main windows of the Bank Group … Let me then take this opportunity to thank Switzerland for these two very valuable contributions, but also, for being a long-standing partner of the Bank Group,” she said.

The E-Lab, a component of the Bank’s ‘Boost Africa’ strategy, provides innovative young entrepreneurs with financing, technical assistance and broader ecosystem support through incubators, accelerators, fund managers and others.

‘Boost Africa’ was launched in partnership with the African Development Bank and the European Investment Bank to enhance entrepreneurship and innovation across Africa. The initiative, which has also received backing from the European Commission and other donors, is part of the Bank’s Jobs for Youth in Africa Strategy (2016-2025) to create 25 million jobs and impact 50 million youth by catalysing private sector investments that create employment for youth.

Successful entrepreneurship is key to Africa’s economic growth and job creation. According to the Bank’s Economic Outlook Report, between 11 and 13 million more young people will join Africa’s labour force every year between 2015 and 2030, and only 3 million will find secure employment.

More than 20% of Africa’s working age population are starting new businesses, the highest rate in the world. Businesses with fewer than 20 employees and less than 5 years’ experience provide the most jobs in Africa’s formal sector.