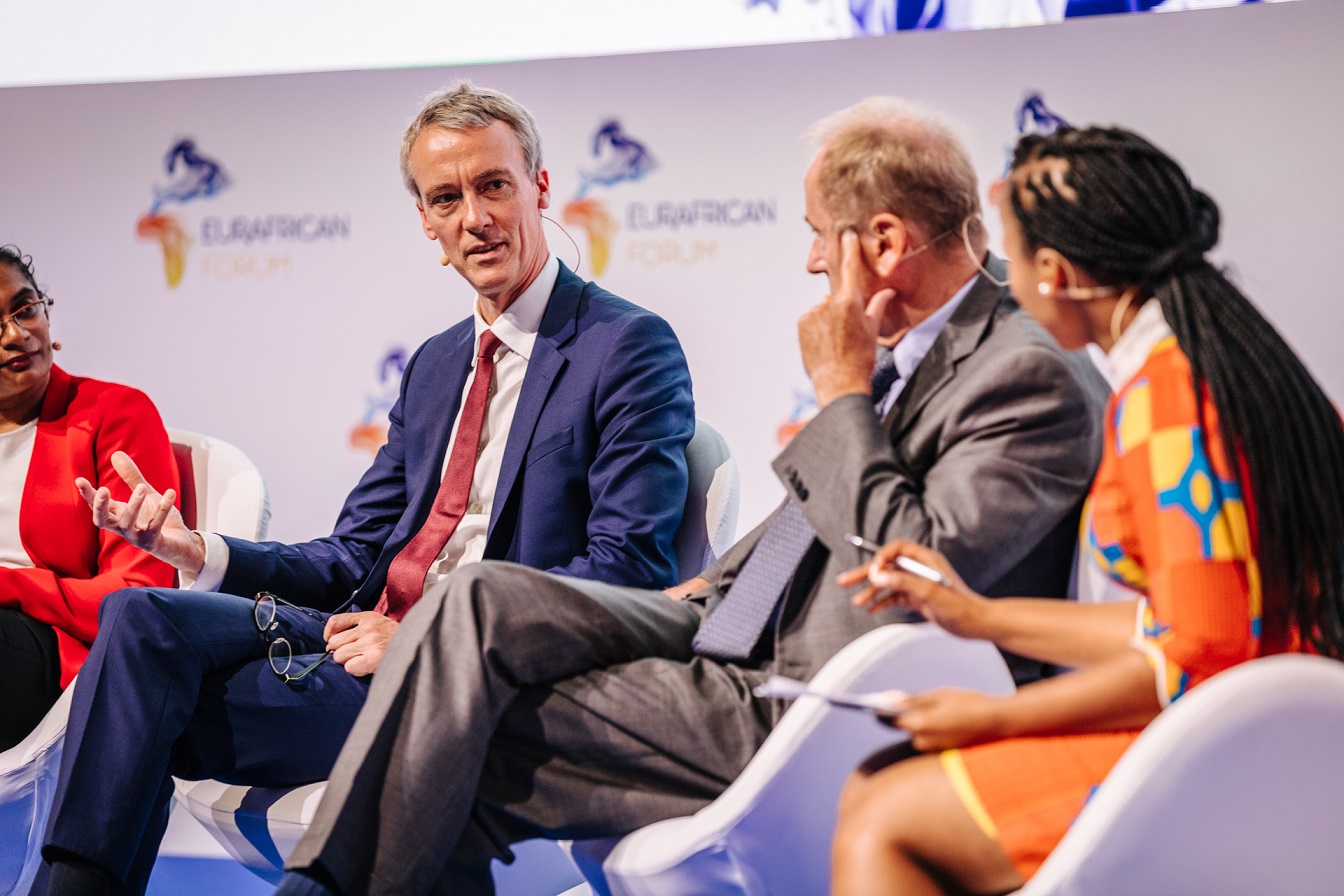 With the contribution of 40 international speakers, the Forum had the participation of 450 participants, from 17 European countries and 24 African countries

For the second year, Portugal was the stage of the EurAfrican Forum 2019 (EurAfricanForum.org), that gathered 450 participants from Europe and Africa on July 4-5, with the theme “Partnership of Equals: Sharing Values, Sharing Prosperity” – a new approach and paradigm for the relationship between Europe and Africa, changing the narrative for both continents to create an accountable, prosperous and sustainable future together.

As Siyanda Mohutsiwa, Satirical Writer from Botswana and living in the USA stated, “A shared imagination is behind some of society’s greatest achievements: technology, space travel and political ideas continue to be driven by groups of people who have the courage and faith in each other to come together and answer the question: what if…?”

During the two days of the event, many relevant topics were brought to discussion: i) African entrepreneurs driving inclusive innovation and growth; ii) From donor-recipient towards equal participation; iii) Changing the narrative: valuing talent and diversity from migrant flows; iv) Africa: the new frontier for impact investment and innovation and v) Legacy to growth: rehabilitating the heritage, culture and tourism. Also, four parallel breakout sessions deepened related topics, namely: rebuilding Mozambique; security, migration and talent; tools and strategies for women and youth empowerment; and EU-AF economic integration and digital infrastructure for Africa.

By invitation-only, the EurAfrican Forum is a networking and discussion platform underpinned on the power of Diasporas for connecting people, cities, regions and continents, gathering prominent and influential people that are forging enduring ties between the two continents – government officials, high profile business personalities, investors, young entrepreneurs, activists, social influencers, NGOs and media.

Hosted by the Portuguese Diaspora Council and the Municipality of Cascais, with the High Patronage of the Presidency of the President of the Portuguese Republic and the Government of Portugal, the EurAfrican Forum is led by José Manuel Durão Barroso (Chairman of the EurAfrican Forum and former President of the European Commission / former Prime Minister of Portugal) and Filipe de Botton (Chairman of the Board of Directors of the Portuguese Diaspora Council).

Highlights from the Eurafrican Forum 2019:

“Sharing is actually the key word (…) I believe in healthy competition between companies, and even between countries, but above all, I believe in people cooperating and sharing”. Miguel Pinto Luz, Deputy Mayor of Cascais

“There’s a lot of activity happening in Africa. 80% of young people want to be entrepreneurs. If we look at the dynamism of what is happening – in agritech, in fintech, in lots of issues, even in social entrepreneurship – I mean, this is incredibly important, and that is where Europe and Africa need to link up.” Koen Doens, Directorate-General for International Cooperation and Development, European Commission

“We are more alike, than we are different. (…) A shared imagination is one in which a collection of people from different backgrounds, who have different lived experiences, have different perspectives and ways of thinking, come together to create delusions collaboratively. The modern world is filled unfortunately with the singular genius narrative. (…) A shared imagination is behind some of society’s greatest achievements: technology, space travel and political ideas continue to be driven by groups of people who have the courage and faith in each other to come together and answer the question: what if…?” Siyanda Mohutsiwa, Satirical Writer

“There are two pre-requisites when it comes to the migration dialogue between Europe and Africa. The first one is building mutual trust and the second one is to have a sense of shared responsibilities between Europeans and Africans when it comes to managing migratory flows.” António Vitorino, Director General to the International Organization for Migrations – UN Migration Agency

“There is a shift in the way we are now looking into the relations between Europe and Africa, which I believe is much more constructive, both for Africa and for the European Union. (…) but it’s probably more important, more strategic to think how we can put societies together, creating a higher level of complicity between Africa and Europe.” José Manuel Durão Barroso, Chairman of the EurAfrican Forum

Mastercard Foundation and the African Leadership Academy welcome the 2018 Anzisha...