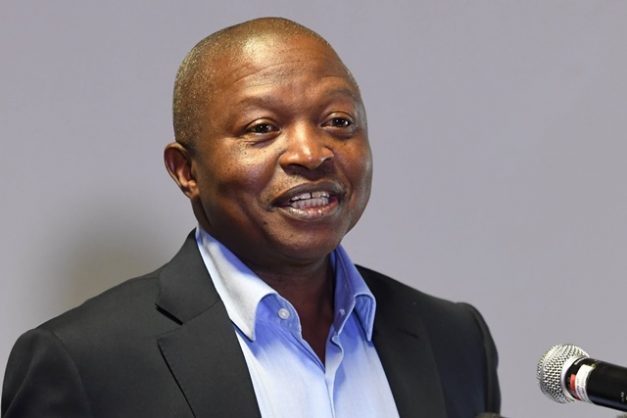 Deputy President David Mabuza says government is implementing several interventions to ensure that there is investment in the township economy.

This, he said, includes revitalising township and rural industrial parks and establishing a township entrepreneurs’ fund to help small players in townships to scale up their businesses.

The Deputy President said this when he responded to oral questions in the National Assembly on Thursday.

“To date, government has already revitalised 10 industrial parks in its first programme, with the next phase targeting five industrial parks, with money already spent estimated at R300 million.

“[The industrial parks] have already created industrial space to over 670 enterprises, which in turn provided direct employment to over 41 000 people, primarily from each industrial park surrounding our townships.

“In the next four months, government will launch the township entrepreneurs’ fund, which will assist entrepreneurs to… scale up their existing projects,” said Mabuza.

ANC MP Violet Sizani Siwela had asked how government was ensuring that the economy is regulated in a manner that results in investment in the townships.

The Deputy President said revitalising rural and township economies requires a focus on the twin objectives of investing in economic infrastructure and enterprise development on one hand, and consistent application and adherence to the regulations as provided for in the country’s laws on the other.

He said this would assist in addressing challenges that are faced by most township entrepreneurs – from a lack of the necessary economic infrastructure to access to markets, among others.

Some of these challenges, Mabuza said, often led to township entrepreneurs’ businesses caving, which often results in tensions between local and foreign nationals.

Mabuza said this was done in order to facilitate broad-based economic participation in order to achieve inclusive growth and facilite the transformation of the economy.

Revitalizing South Africa’s State-owned industrial parks would enable them to serve as catalysts for broader economic and industrial development, with a specific focus on township and rural areas.

“This programme seeks to modernise our industrial parks infrastructure, with the main objective of accelerating economic development by investment in those areas.

“The programme also seeks to support job creation in manufacturing and related sectors so as to address the under-development, unemployment challenges that lead in the main to outmigration in to our already congested cities,” Mabuza said.

In addition to these measures, government will also support township and rural economies by implementing a special dispensation or a set-aside in the awarding of medium and long-term contracts to small businesses and cooperatives, and allow for a period of incubation and other support to help reduce their failure rate.

“These interventions are designed to deliver substantial economic impact in a financially sustainable manner.

“They also represent the first phase to initiatives that will leverage government procurement and corporate supply chain development programmes.

“If successfully implemented, all these initiatives will promote job creation and reduce the failure rate of our SMMEs,” the Deputy President said.