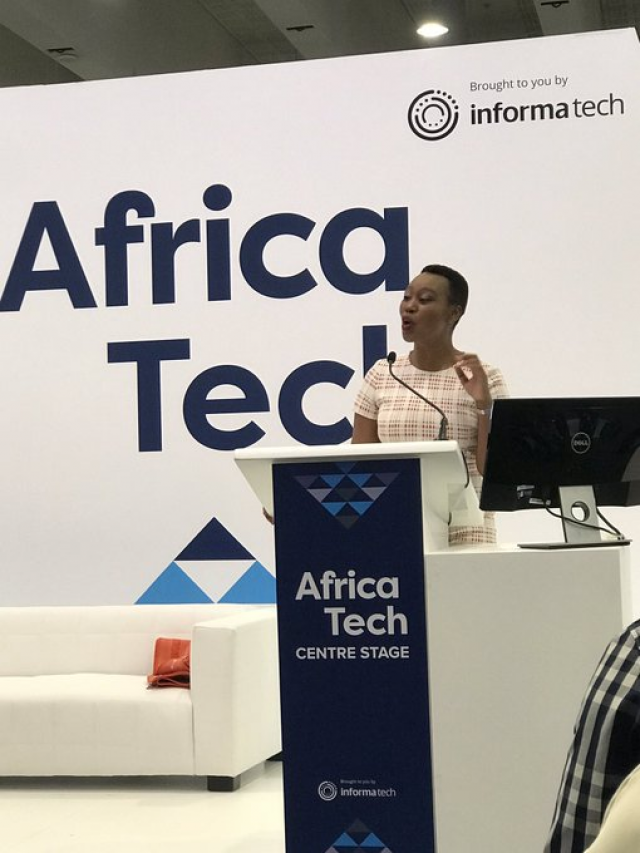 Communications and Digital Technologies Minister Stella Ndabeni-Abrahams says to fully leverage on the Fourth Industrial Revolution, the African continent needs to ensure all digital strategies are people-centered to ensure they are not left behind.

Ndabeni-Abrahams said this when she addressed a session on the Fourth Industrial Revolution at the AfricaCom conference at the Cape Town International Convention Centre on Tuesday.

She said this as several experts in the digital space warned that with the advent of new 4IR jobs, many old jobs are at risk of becoming redundant.

“As South Africa, we have taken a conscious decision that for Africa to thrive and leverage on the Fourth Industrial Revolution, we have to put people at the centre.

“We are one continent that is dominated by mostly young people who are unemployed… and most of the people are unconnected… That alone presents an opportunity for future opportunities through the Fourth Industrial Revolution,” the Minister said.

AfricaCom is an annual technology conference that brings together 15 000 delegates, 450 speakers and in excess of 500 exhibitors. Over the years, AfricaCom has grown to be the biggest ICT showcase in the continent, comprising thought leadership sessions, discussion forums and exhibitions.

Addressing delegates, Ndabeni-Abrahams said it was important to ensure that Africans are digitally skilled.

“If our people are not skilled in terms of understanding the new era and how to thrive from it, we are going to miss out and be spectators again.”

She said in the context of 4IR, data was the new “oil”.

Ndabeni-Abrahams said there is a need for the continent to invest and build data analytics to ensure that when foreign investors are called upon to build their data centres, there will be personnel who can gather and analyse data to a point of helping government to improve on planning and budgeting.

Ndabeni-Abrahams said, for example, that it would be helpful for government to know, through the use of data analytics, how many babies would be born by the year 2020 and what kind of educational and health infrastructure government should invest in for 2025 to accommodate all those children, who would be six years old at that time.

“That is why we say that [government’s role] is to ensure that we come up with a clear policy that enables the commercialisation of data while we protect people’s data at the same time,” the Minister said.

Ndabeni-Abrahams said, meanwhile, that to fully participate in the digital economy, there was a need to ensure that people are connected.

She said 46% of the population, or 20 million people in South Africa, are not connected to the internet. The Communications Ministry has had engagements with different sectors in the private sector to talk about collaborations to get this section of the population connected.

Ndabeni-Abrahams said this would entail government incentivizing the private sector, which contributes to bridging this digital divide through incentives and tax breaks.

“We have taken a conscious decision that we have to come up with a digital industrial strategy,” she said.