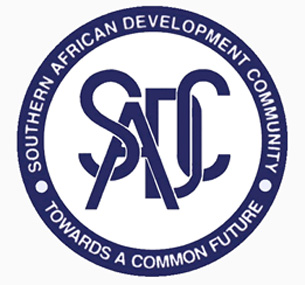 Minister in the Presidency Jackson Mthembu says the SADC Media Awards are a powerful tool to drive the narrative of a new Africa, one of unlimited potential and a renewed hope for a better future.

“These awards are an integral part of Africa reclaiming our own story and driving the narrative. The stories we tell are uniquely ours, and within them are tales of hope, change and renewal,” Mthembu said.

The Awards were jointly hosted by the National Press Club and Government Communication and Information System (GCIS).

“Africa is changing and so too are outdated and myopic views of our continent. Africa is home to us all and its future success and growth lies in our collective hands. We dare not allow others to drive the agenda and steer our future.

“The African Union’s Agenda 2063 vision of an integrated, prosperous and peaceful Africa is very much alive in these awards. Agenda 2063 calls for an Africa driven and managed by its own citizens and representing a dynamic force in the international arena,” Mthembu said.

Mthembu said media practitioners and journalists from the SADC region constitutes a vital intellectual and practical contribution to a collective continental effort to create a better Africa and a better world.

“The SADC Media Awards are much more than an annual prize,” he said.

He said journalists and media practitioners are responsible for a powerful institution which provides for important platforms of communication.

“The institution you are responsible for has tremendous power to influence our thinking, attitude and behaviour.

“The media must and should, welcome investigative journalism, courage and commitment to expose corruption, wrongs, bad, rights, good, the truth, through accurate, factual and fair reporting,” the Minister said.

The SADC Media Awards were initiated by the Council of Ministers within the SADC in 1996.

The rationale was to ensure that SADC programmes are profiled and communicated by the media. These awards serve as part of ensuring a link, coordination and synchronisation between formal structures of SADC governments, civil society, academia, labour and the media.

The winners for the 2018 SADC Media Awards are Mosotho Stone in the Radio Category and Debra Hathway in the Print Category.

Stone, an employee at the GCIS’s Radio unit, also works at Ubuntu Radio, at the Department of International Relations.

The Awards were also attended by local journalists representing the print and electronic media and visiting journalists from various African countries. The journalists were in the country at the invitation of GCIS.

Entries for the 2020 SADC Media Awards are now open.