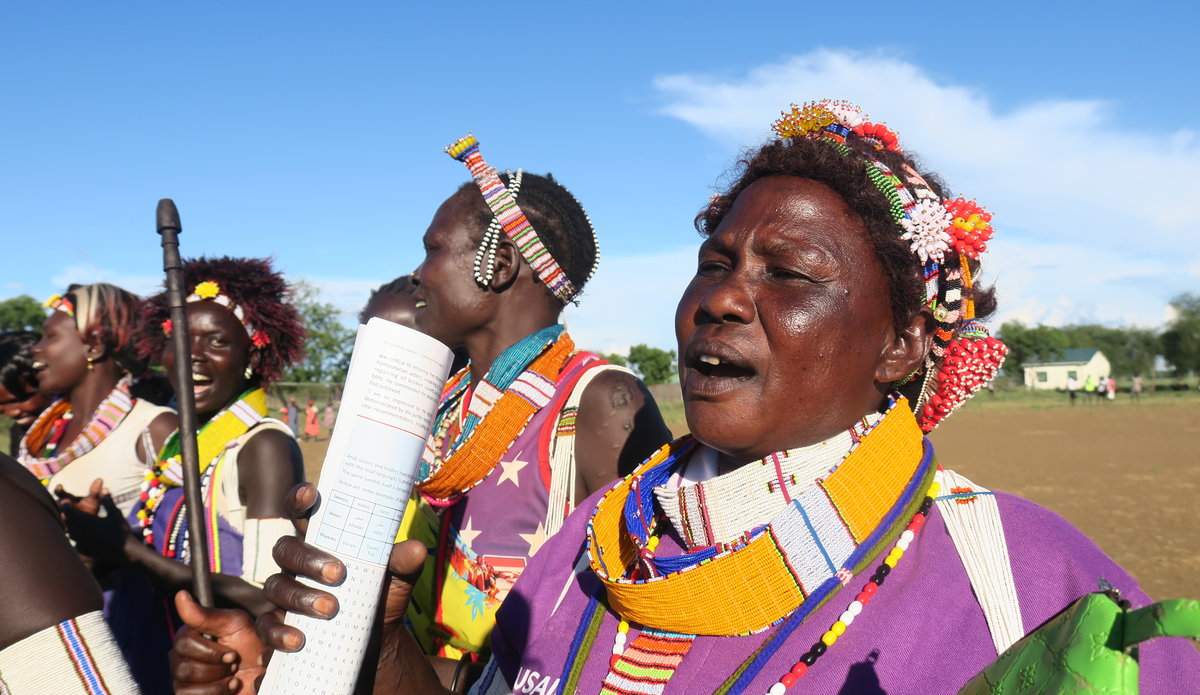 Authorities present at the function urged UNMISS to support their efforts to curb gender-based violence.

“Sweet dreams come after education. Women, it is possible to achieve anything you want if you are educated!” urged Kousa Rakudo, a 17-year-old female student at Saint Bakita Girls Secondary School of Narus in Kapoeta.

Kousa did not mince her words as she took advantage of a golden opportunity to promote the rights of women and girls created by the United Nations team, who had arrived in her town to host a sporting event designed to increase awareness about human rights.

Her main audience was an attentive crowd of young women, many of whom have dropped out of school. But, also listening in the ranks, were government representatives and the media.

Kousa’s message was simple: early and forced marriage must end.

Her solution was also simple: increase the number of girls in schools to equal that of boys.

We also want to study so we can help the world.

She was not alone in her view.

“I appeal to parents to stop forcing us young girls onto men. We also want to study so we can help the world,” announced Veronica Natalia, a student and captain of the community’s female football club. “Girls, even if you have given birth, go back to school. That is the only way your future will be bright.”

The half-day event attracted over seven hundred townsfolk who joined in the variety of sporting activities, chief of which was a women’s football match. The festivities also included performances from several dance troupes, clad in traditional regalia, who concluded their dances with messages about the negative effects of harmful traditional practices on women.

“Recently, a man shot his pregnant wife and ran away. This was a very painful incident for us,” lamented Catherine Akii, Kapoeta Minister of Gender, Child and Social Welfare.

The peacekeeping mission used the occasion to promote understanding among community members, traditional leaders, and government officials about the benefits of reinforcing respect for human rights.

“We know you earn 100 cows when you marry off your daughters. Yet, that comes only once,” reasoned Caroline Waudo, the UNMISS representative in Eastern Equatoria. “If you send your girls to school, they will find jobs which will allow them buy you one hundred cows every month. Wouldn’t you prefer that?”

Authorities present at the function urged UNMISS to support their efforts to curb gender-based violence, including the indiscriminate killing of women and girls, by developing useful activities for the youth.

“We cannot fight gender inequality and other vices on our own. We need your help,” said Lokuda Elias, the town’s Mayor.